The number of children taken illegally out of Norway by one of their separated parents has more than doubled in the past year.

Nearly 400 Norwegian children have disappeared overseas in the past decade, and authorities fear economic motives are behind several of the abductions. 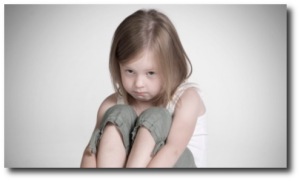 Under Norwegian law, a parent who loses his or her child to their former partner must still continue to pay child support. As long as the child lives with one of the parents, the other must pay child support, even if a Norwegian court has ruled that the child was illegally abducted.

Child support payments often amount to around NOK 5,000 (USD 900), a lot of money in many countries. ”Rumors are beginning to fly overseas that it’s good business to abduct Norwegian children,” Martin Waage of security firm ABP World Group Ltd. told newspaper Aftenposten. “I know of some cases where the abductions were probably planned even before the children were conceived.” Most of the children abducted between 2004 and 2010 were taken to Sweden, followed by Great Britain and the US. total of 64 children disappeared last year, compared to 31 in 2009, according to figures from the ministries of justice and foreign affairs.

Martin Waage specializes in child abductions and dealt with around 50 cases last year alone. In the most difficult cases, he has found children and brought them home to Norway after armed counter-abductions. Government officials agree that child support laws can be a motivating factor in some cases, and state secretary Astri Aas-Hansen in the Justice Ministry told Aftenposten that they’re reviewing current regulations: “We see that (the child support) can contribute towards the child being abducted and held abroad.”

She said the ministry is making child abductions a high priority. Police have received special instructions in how to handle abductions, Norway has hosted seminars for judges and others in the Baltic countries, for example, and efforts are being made to urge other countries to adopt international rules against child abductions. The problem is that many countries like Slovakia haven’t followed up on the rules.

“We have put this on the agenda in international circles,” Aas-Hansen told Aftenposten. The ministry also has compiled a website, in English, with information and tips for parents involved in abduction cases.

The efforts haven’t yet helped fathers like Tommy Hoholm, who has been trying to retrieve his two sons from their mother, who took them to Slovakia. He hasn’t seen them for four years, despite court rulings in both Norway and Slovakia that he has custody of the boys. He told Aftenposten their mother is keeping them hidden, something she denies.