The EU police agency, Europol, Monday launched A report titled “Threat Assessment on Italian Organised Crime” which was carried out to evaluate the impact of mafia structures based in Italy on the European Union. Read the report here 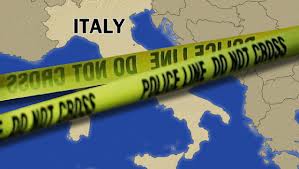 The assessment, which is the result of two years of work by intelligence analysts at Europol, underlines how the main Italian organised crime groups (principally ‘Cosa Nostra’, the ‘Camorra’ and the ‘Ndrangheta’) are operating worldwide but are careful to keep a very low profile, making it difficult for law enforcement agencies to detect their presence, said Europol in a statement.

“The Italian mafia-style groups are among the most threatening in Europe and in order to fight them, a pan-European approach is needed. Those of us in the law enforcement community need to step up our cooperation in tackling the most dangerous criminal groups,” said Rob Wainwright, Director of Europol which is based at the Hague in the Netherlands.

The main criminal activities of these groups are money laundering and large-scale drug trafficking. However, they are also involved in corruption, counterfeiting and the trafficking of toxic waste.
In these times of economic crisis, the immense assets that organised crime groups have at their disposal (the Calabrian Ndrangheta are estimated to generate illicit revenues of up to 44 billion euros a year) make it easy for these groups to infiltrate the legitimate economy, injecting much-needed liquidity into struggling businesses, noted the statement.

The criminals’ ‘expansion strategies’ mean that they are now touching parts of Italy and Europe not historically affected by organised crime, which could cause serious damage to the EU economy in the long run, added the statement.