Office of the Spokesperson

Special Advisor Jacobs will travel to Tokyo to participate in the “Asia Pacific Symposium on the 1980 Hague Convention.” She will join senior representatives from other countries in the East Asia and Pacific region to discuss the benefits and implementation of the Hague Abduction Convention.

Special Advisor Jacobs will also meet with Japanese officials to discuss continued cooperation under the Hague Convention and the resolution of other long-standing non-Convention abduction cases.

U.S. Special Advisor to the Secretary for International Children’s Susan Jacobs holds a conversation with President and CEO of the National Center for Missing and Exploited Children Ernie Allen on International Parental Child Abductions from the Department of State in Washington, D.C. on May 2, 2012. The conversation was moderated by Deputy Assistant Secretary Cheryl Benton. [Go to http://video.state.gov for more video and text

A joint meeting between the United States and T&T was held in the name of International Children’s Issues last Friday.

Ambassador Susan Jacobs, the US State Department’s special adviser on children’s issues, met with Attorney General Anand Ramlogan, who is also head of the Civil Child Abduction Authority, to discuss the shared goals and commitments to legal resolutions for child abduction.

The issues were discussed within the framework of the Hague Convention on the Civil Aspects of International Child Abduction. As a consequence of decades of close ties and geographical proximity, many citizens of the United States and Trinidad and Tobago have roots in both countries—children have dual nationality, and parents of differing nationalities.

At times, children also bear the brunt of the stress of separation or divorce. Split between two parents and two cultures, they may even be taken by one parent to a country they have never previously known, unknown to the other parent. US ratified the Hague Abduction Convention in 1988, and T&T became a party to the Abduction Convention on September 1, 2000.

However, the two countries have not yet entered into “partnership” with one another, a status which would afford left-behind parents the full remedies of the Hague Treaty to resolve these abduction cases. In November 2011, as part of this Government’s initiative to bolster international relations and increased awareness of the rights and protection of children, the Government of T&T established the Civil Child Abduction Authority.

The legislation fulfilled one of the fundamental requirements for Hague partnership with the United States. Among the many issues raised was the need to facilitate the rights of abandoned children to enforce maintenance orders and child support against absconding and absent parents who migrated, and the need for a public education programme regarding the rights of the child.

Jacobs and Ramlogan discussed their common interests and goals in reducing child abduction in both countries, increasing public awareness of legal avenues to return children to their rightful home, and promoting social justice for children throughout the region. Both the US and T&T governments will continue ongoing bilateral collaborations to ensure the final steps are met for T&T to obtain full membership status in the Hague Convention on the Civil Aspects of International Child Abduction.

It was anticipated that both countries will become contracting partners under the Hague Convention within the following months.

Washington (CNN) — More children are being abducted by a parent who then takes them out of the country, and more needs to be done to bring the children back to their legal homes, the U.S. official who oversees the issue said Wednesday.

The number of such abductions reported is “sharply on the rise — a very disturbing trend,” said Susan Jacobs, the special advisor for children’s issues at the State Department. 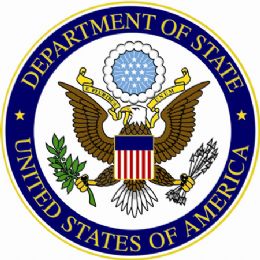 Jacobs also said her department is one of the fastest growing offices at the State Department because of the increasing rate of international abductions involving children with American parents.

The National Center for Missing and Exploited children said that in 2010 there were nearly 2,000 parental abductions in which the child was taken out of the United States.

“International parental abduction is a federal crime with long-term, damaging consequences for both parents and children, even when the cases are resolved,” Jacobs said. “Parents seeking the return of their children or permission to visit them confront unfamiliar legal, cultural, and linguistic barriers; they suffer emotional trauma, and they face significant and long-term financial costs.”

The United States is encouraging other countries to sign onto The Hague Convention on international child abductions, a treaty signed by more than 60 countries that provides a civil mechanism to return children wrongfully removed from the country where they live.

Jacobs said decisions under the convention are commonly based on where the child usually resides. When properly implemented, “the convention works,” she said. 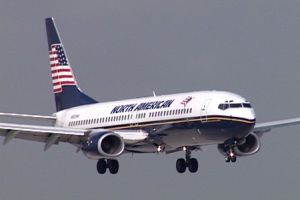 The issue grabbed headlines a few years ago with the case of Sean Goldman, whose American father, David, was engaged in an international custody battle after the boy’s Brazilian mother refused to let the child return to his father following a vacation in Brazil. The boy was eventually returned to his father after a ruling by the Brazilian supreme court.

Jacobs, incidentally, met with Brazilian authorities last week to discuss ways to speed up the reunification of children with their families. From their discussions, Jacobs said, Brazil and the United States are to hold the first meeting of a children’s working group later this year.

Jacobs and others traveled to the Department of Justice Wednesday afternoon for an observance of National Missing Children’s Day to honor the work of those in law enforcement who recover missing children and combat child exploitation.

Secretary of State Hillary Clinton has weighed in on the issue as well. In videotaped remarks to mark the day, Clinton asked for to people to continue to speak out on the issue to “help children around the world come home.”

Because of the difference between Japanese and American laws regarding custody and kidnapping, Japan has become a safe refuge for parents who abduct their own children and want to keep them away from their American fathers.

That may no longer be the case, though, as Japan has endorsed plans to bring itself in line with the international child custody convention commonly referred to as the Hague Convention, according to an Associated Press report. 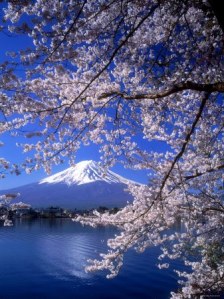 The Hague Convention is a treaty between roughly 80 countries that agree to cooperate and abide by one set of laws for the return of children removed from their home country over custody disputes. (For more information, read the article “Hague Convention – International Child Abduction Help.”)

International kidnapping of children of divorce is exacerbated when the kidnapping parent retreats to countries such as Japan, who have not signed the Hague Convention.

Japan has been seen as a safe harbor for kidnapper parents, though increased attention and foreign pressure was put on the country following the 2009 case of Christopher Savoie.

Savoie was imprisoned in Japan for trying to rescue his kidnapped children after his ex-wife broke Tennessee state law by illegally removing the children from the United States. (Watch our interview with Savoie’s lawyer shortly after his client was arrested.)

Current Japanese law allows only one parent to have custody of children in divorce cases — nearly always the mother, according to the AP story. That has kept foreign, and even Japanese fathers, from having access to their children.

The AP said the new law would allow foreign parents more access to their children. While it is expected that the Cabinet will approve the change in custody laws, the proposal must also by approved by parliament, according to the AP story.

In US fiscal year 2006, 642 children were abducted from the United States by one of their parents, a report released two years ago by the State Department found.

The rise in international child abductions by parents was “a disturbing trend,” Jacobs said.

Children who are kidnapped and taken out of their country of usual residence are “at risk of serious emotional and psychological problems,” while left-behind parents have to deal with numerous obstacles as they battle to get their children back or even just for the right to see them again, she said.

The OCI is the central authority in the United States for the 1980 Hague Convention, an international agreement that requires kidnapped children to be returned promptly to their country of habitual residence.