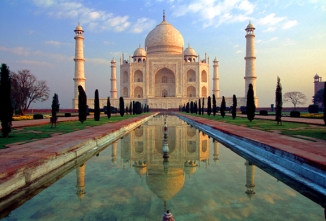 A mother has been forbidden from going on holiday by a judge after her ex-husband and father of her six-year-old son objected, saying he feared he might never see them again.

The woman, who is in her 30s, insisted she had absolutely no intention of abducting her British-born son and keeping him in India, where she was born.

However, Judge Clifford Bellamy has come down in favour of the father and banned the mother’s trip.

The father, also in his 30s, was born in Leicester and the mother has lived in the city for nine years since their arranged marriage.

However, the mother is now living alone with her son.

The Family Court heard the father was engaged in a running battle with his ex-wife over contact with their little boy.

All three have UK passports.

The mother told Judge Bellamy she was desperate to take her son to India to meet his wider family and “explore his cultural roots”.

Denying any intention not to return to Britain, she said she no longer viewed India as her home.

The judge was told her son was doing well in an English school and that, for 18 months, she had been in a new relationship with a man who had a steady job in the UK.

He was also told that divorced single mothers were disapproved of in India.

However, Judge Bellamy said India had not signed up to the Hague Convention – which enshrines the international ban on child abduction.

If the mother failed to return to Britain with his son, the father would face a formidable challenge fighting his case through the Indian courts, the court heard.

Experts had reported that it was in the boy’s best interests, culturally and emotionally, to form a strong relationship with his father.

Despite her new relationship and her British citizenship, the mother had no family ties in the UK and spoke only broken English, the court was told.

Blocking her holiday plans, the judge said there was “a risk” that she might try to keep her son in India.

In legal terms, stalking refers to obsessive and unwanted attention or surveillance that is directed toward a person or group of people. In the 1990s, the United States was one of the first countries to make stalking illegal, and since then a few types of stalking crimes have been recognized. The three major types of stalking include online stalking, phone stalking, and physical stalking.

Cyberstalking, or online stalking, occurs when an individual uses the Internet or some other kind of technology to stalk or otherwise harass victims. Although it is a relatively new concept, incidents of cyberstalking have prompted new laws that specifically outlaw online stalking. In the United States, California was one of the first states to outlaw cyberstalking.

Some online stalkers create a website, blog, or online profile in their victim’s name. With this, they can post false information or make fake threats to a third party. In one example of this, two Florida teenagers were arrested and charged with aggravated stalking after creating a fake profile on a popular social networking site under a classmate’s name, where they posted lewd photos and messages. 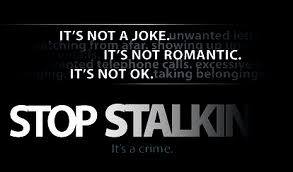 The Internet is a wealth of information for stalkers. With it, they can monitor an unsuspecting victim’s activity several ways, especially through social networking sites. In addition to their full names, addresses, and birth dates, many users also post information such as email addresses, phone numbers, or even where they will be and what they are doing at any given moment. This information can be used in a variety of ways.

Online stalking crimes often lead to phone stalking or physical stalking. Individuals who engage in phone stalking often call their victims at all hours of the night and day. Sometimes these calls can be threatening or sexually explicit, while other times they are just annoying to the victim.

Experts agree that the best method of dealing with these calls is to ignore them. Victims of phone stalking crimes are typically advised against answering the calls, but to record when they come in. It is also suggested that they report the harassing phone calls to their phone companies, as well as local law enforcement officials. Many police departments can’t do much, however, until some sort of physical contact has been made.

Physical stalking crimes are believed to be the scariest and most dangerous of the types of stalking crimes. Individuals involved in this type of stalking will often follow their victims, sometimes even showing up at their homes or places of business. Although the stalker may start by simply watching the victim or possibly leaving gifts for him/her, this type of behavior can possibly escalate into more dangerous behavior. It is not uncommon for these types of stalkers to vandalize a victim’s home or car, or even physically attack the victim.

If you feel that you or your family are in danger, Contact us at ABP World Group Ltd.

We hear so much about the paparazzi sticking cameras in celebrities’ faces and stalking them for days just for a photo or two and how sick celebrities are of being hounded in this obnoxious fashion. 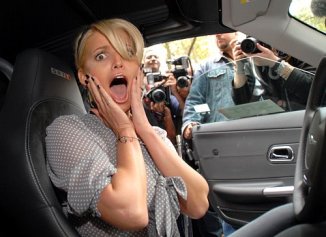 Paparazzi harassment, however, pales in comparison to kidnapping threats. Celebrities must ever be on their guard against threats against them and their families. They must be sure to have extraordinary security measures in place at all times to protect themselves and their loved ones.

In 2005, a painter employed on David Letterman’s ranch in Montana hatched a plan to kidnap Letterman’s baby son and his nanny. Kelly A. Frank, 43, was caught before he could execute the despicable plan because he confided the plot to a man who in turn told the police. Frank said he had a key to the house and knew where the baby slept. He intended to kidnap the nanny so she could take care of the child until he collected a $5 million dollar ransom.

Frank was sentenced to 10 years in jail in a plea bargain. David Letterman was stalked for years prior to this by a deranged fan, Margaret Ray, who believed they were married. She continually broke into his home in Connecticut house. Margaret Ray was sent to prison, where she served 10 months and, after she was diagnosed with schizophrenia, she served 14 months in a mental institution. She later committed suicide at age 46.

Madonna was forced to cancel a concert in 2004 when she received corresponding threatening her children, Lourdes and Rocco. The correspondence contained details that badly frightened Madonna since she readily discerned that her home and staff were being watched.

In 2001, Australian actor Russell Crowe, of Gladiator fame, was informed by the FBI that they were taking a kidnap threat against him seriously and insisted upon accompanying him to the Academy Awards to protect him. Crowe later revealed that the threats came from al-Qaeda.

That’s just a mere sampling of plots that were discovered before any harm could be done. Unfortunately, this is not always the case. In 1985, Julio Iglesias’ father, Julio Iglesias, Sr., was kidnapped by Basque terrorists and held captive for 2 weeks, repeatedly threatened with death. Spanish police were able to rescue him unharmed one day before the ransom money was to be paid. The incident was far from over for the Iglesias family. The singer’s father was deeply traumatized and suffered for a long time after the rescue.

In 1973, John Paul Getty III, the grandson of billionaire John Paul Getty, was kidnapped by the Italian Red Brigades in Rome and held in the Calabrian Mountains. His father did not have enough money to pay the $17 million ransom demand, and while his rich grandfather initially refused to help. John Paul Getty did not wanting to give in to the kidnapper’s demands and reportedly said: “I have 14 other grandchildren, and if I pay one penny now, then I will have 14 kidnapped grandchildren.” Several weeks later, when one of his grandson’s ears arrived in an Italian newspaper’s mail, he agreed to help. John Paul Getty III’s life continued to deteriorate after his return. He later took a mixture of prescription drugs that put him a 6-week coma and left him paralyzed and blind.

Celebrities pay hundreds of thousands of dollars every year to take every imaginable security precaution, including 24-hour bodyguards, to deal with the ever-present spectre of kidnapping and stalking. They cannot know what goes on in the minds of the deranged and criminal in every instance, and, tragically, as the John Lennon murder case illustrates, sometimes the attacker can appear in a non-threatening situation that then turns deadly.

The Australian government has proposed changes to that country’s existing law that enables a parent who kidnaps his or her own child to continue collecting child support from the child’s left-behind parent.

Some say that the availability of child support can reward and even enable parental kidnapping. Others argue that compromising a child’s access to continuous support in order to punish or deter the abducting parent could deprive the child of critical food, shelter, medicine and other care. And, in some cases, the link between a parental abductor and the child support services office may be the sole means of locating the abductor and the missing child.