Many of us take on work or studies in a foreign country, and some of us end up having a family with someone of a different nationality. All great for international understanding? Well usually. But if the relationship breaks down, this type of globally mobile lifestyle brings new challenges for the family courts. Where do you file for a divorce? What about custody and visitation? What if the custody battle turns acrimonious? 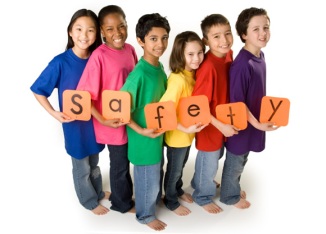 With the increase in transnational marriages, international parental child abduction has become a serious problem that affects both individual states and the international community.  Parents who feel unfairly treated by the family courts may  “forum shop” taking the kids into a new legal jurisdiction that will be more likely to rule in their favour, thus sparking a re-run of their custody case. The Hague Convention on International Child Abduction is designed specifically to prevent this border-hopping between nations; signatory countries agree to accept decisions already made in another jurisdiction and to promptly return abducted children to their place of habitual residence.

The UN Convention on the Rights of the Child also obliges states to ensure that national borders are not used to prevent children from having contact with their family. Signatory states commit to ensuring the continuity of a child’s life when a substantial part of it resides in another country.

Yet it is one thing to accept that is in the child’s best interests to maintain contact with their family and promptly return home; it is another to actually carry this out.

While international legal conventions are designed to regulate cross-border disputes and harmonise legal proceedings, these are not always enforced with appropriate urgency and are frequently evaded or blatantly disregarded. Although parental abduction has been defined as amounting to child abuse, the rights of the child are sadly often ignored in international abduction cases, with nationalistic posturing taking precedence.

Families living abroad are away from the steadying influences of friends and extended family, and may also slip through society’s safety nets of schools, doctors, social workers and counsellors. Who is going to follow up on a family that has moved abroad? Who will bother to find out the background of a family newly arrived in a country? If you don’t speak the language, how can you seek advice and counselling? National laws governing family issues must be adapted to the changing international culture and to reflect the ease of international travel and the transnational nature of many modern families.

The recent case of the Grin/McIlwrath children highlights the numerous failings of the Russian authorities to work together with their Italian counterparts to protect the children involved. Grin, a Russian-born US citizen who was living in Italy, abducted her four children from their American custodial father in Florence. She travelled to Russia with the children despite Italian court rulings which removed her custody rights and indicated that the children were at risk if they remained with her. Her children have since been placed in Chabad-Lubavitch institutes/orphanages in St Petersburg at her request “for their own safety”. 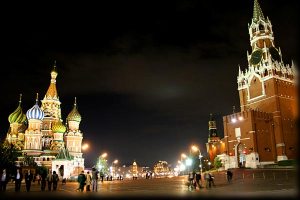 The plight of the children, who are fluent in both English and Italian, has not even been acknowledged by the Russian authorities. It appears that the obligation of the state to ensure their safety and well being, and contact with their family and friends in Italy in the US, has been completely overlooked since they have been moved into a new jurisdiction, despite the fact that Italy, the US and Russia are all signatories to the Hague Convention.

Russian authorities have similarly done nothing to end the children’s isolation from family and friends, nor ensured they are safe from the risks identified in the Italian court proceedings.

In a parallel case two Canadian boys, Alexander and Christopher Watkins, were abducted by their Polish mother after her custody was revoked due to child-neglect. The boys were taken via the US and into Germany where the trail went cold. The Canadian authorities voiced serious concerns about the safety of the children and the ability of the mother to care for them, an Interpol red notice was issued and the mother was put on Canada’s most wanted list. When the children were finally located in Poland, the father immediately applied to have the boys returned home. At the December hearing in Poland the judge ruled that the children are now settled in Poland and should not be returned to Canada. This is despite the boys’ school in Poland independently suing the mother for child neglect. The appeal will be heard on 16 May 2012.

Leaving the children in the care of a demonstrably neglectful and potentially abusive parent is a clear breach of the Convention on the Rights of the Child. Refusing to return the children to the custodial parent is a violation of the Hague Convention. That Poland as an EU member state is not being held accountable for the misapplication of these laws and agreements as well as blatantly ignoring Interpol red and yellow notices raises concerns for the quality of European law.

Although both cases have a non European element they both involve EU borders. The issues of cross-border problems arising from divorce or family problems should be tackled more effectively within the EU. While there is often talk of the unification of laws in the EU there is a clear lack of co-operation when it comes to family law. In a region in which members of EU states can move freely between and within numerous jurisdictions the legal tools must exist to deal with the resulting problems of this freedom of movement.

It’s not clear why the Hague Convention is largely ignored in many states, possibly it is perceived by the national judiciary as meddling from outside, maybe it’s just a sign of the general distrust of and reluctance to co-operate with another country’s legal systems, or it could just be plain nationalism: siding with the parent of the same nationality.

If the unification of laws in the corporate sector is moving ahead, why are the laws governing our private lives being left behind? The creation of networks such as Interpol, Europol and various UN initiatives have offered little assistance in addressing problems arising from transnational familial relationships, especially those involving children. While numerous national and international legal measures have been created to uphold the rights of the child, their application has been limited. The enforcement of existing laws and international agreements has not been enough to protect children from the dangers of international child abduction.

Immediate action is essential in cases of child abduction because of the age and vulnerability of the children compounded by the volatility of a parent who is putting their own child through the trauma of abduction. Yet both Poland and Russia have failed to act on these cases, posing a serious risk to the children involved. The person posing the greatest danger to an abducted child is the abductor.