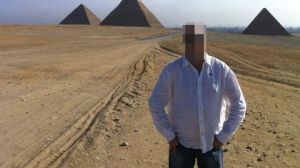 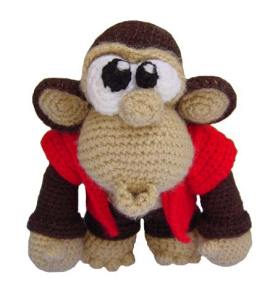 During a visit to Jersey UK where I lived with my three children for whom I had custody, I made the fatal mistake of letting my Norwegian ex husband take them to school on day. They never arrived. Instead they were abducted by him and his father and smuggled off the Island by private boat to France some 10 miles away by sea, where the grandfather had cunningly placed his Norwegian registered car ready to travel through Europe up to Denmark where they would all take the ferry to Norway the next evening. The children had no passports or ID, and my ex husband admitted that he had planned it all. He had also forged my signature to register the children in the Folk register in Norway. He did not submit the Court Order or the true documents.

The Jersey Court immediately issued an Order for the return of the children with an attached Arrest Warrant, which was faxed to the Police after Kristiansand Port Authority had confirmed they had arrived in Norway.

A false petition made by his Norwegian lawyer was also submitted to the Court prior to their arrival in Norway, and this petition was completely untrue, false in everyway, made with the sole intention to deceive the Court. Attached to it were the illegal registration forms from the Folk register and a forged letter that he claimed I had signed to give him custody of my children. Again, he did not mention or submit the valid Court Order or the Agreement he signed. He knew he would not have been able to register the children if he had.

The British Embassy in Oslo, UK Foreign Affairs Office and the Jersey Royal Court requested Norway to respect my Court Order and return the children. Norway dismissed this. The Attorney General in Jersey contacted the Justice Department in Norway requesting it take into account that the Hague Convention on child abduction in Jersey was about to be ratified, again all requests were rejected. When his next letter asked for the case to be resolved through “Judicial comity”, an action between countries to try to resolve disputes in diplomatic ways, this request did not even receive a reply.

During a hearing in the District Court, the judge concluded that there was no reason to return the children to Jersey, and no evidence or documents suggesting they should be. It was clear the judge failed to read the requests, Court Order and all other evidence, but it is my view that this was all deliberately ignored.

During a hearing in the Court some months later, his Norwegian lawyer stated that she knew of my ex husband’s intention to abduct the children and had drawn up the petition with him prior to him leaving Norway. He himself also stated that he had planned it all for a long period with the help of his lawyer and the Norwegian Consul in Jersey, and he had also had taken advice from the Norwegian Ministry, whom he stated all advised him that the best way to get custody of the children was to ensure he got them to Norway as quick as possible and applied for custody there as he would be favored.

Evidence of the statements they made were submitted to another Court later, which further showed the extent of the Norwegian Consul’s involvement, and proved that my ex and his father had kept the Consul fully informed of the progress of the abduction as they headed to Norway after abducting, and further to inform him they arrived in Norway, and again months later, to inform him of the progress.

The Consul, who was fully aware that there was an existing High Court Order in Jersey for which my ex husband had no rights of custody and no right to remove the children from my care, did nothing. He alerted no police and no authorities Instead, he chose state to my lawyers that although he was informed during many meetings with my ex husband that he wanted to abduct them, and he said he was in Jersey to help Norwegians, not Jersey people. Even after being told of the abduction and knowing my ex husband’s whereabouts, he failed to advise the Police who could have detained him and my children at that point, and prevented them traveling further.

In Court he also lied at first stating quite strongly that he was annoyed his name had been mentioned as he did not know who my ex husband or his father were. He said he had ever had any contact with either of them and had actually never heard of them…. Until however, when confronted with transcripts of his own written evidence by way of letter to me, and also in documents submitted by my Jersey lawyers, his memory returned very quickly and precise.

The judge however, even being aware of all the lies told in Court from my ex’s side, against all the extensive evidence proving my case, against the Court Orders, and also after hearing my ex husband’s own statement of how he had carefully planned the abduction with the help of his lawyer and the Norwegian Consul, took my children and dismissed me as the children’s Mother. 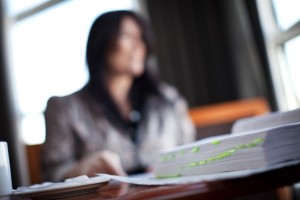 He gave me only 4 hours a week visitation under strict supervision, stating that the FATHER had to be safeguarded against me taking my children home!

And so began a 6 year battle in the Norwegian Courts at all levels, judges who persistently refused to take into account any evidence or background of my children’s lives before Norway. Judges who continuously deprived not only me but my children of their Mother, and made it impossible for me and my children to have any real relationship like we once had or any decent contact for that matter, against all the evidence of what my ex husband did. They did not care he forged my signature, prevented my access, or how he used the children for his own gain, the law was “irrelevant” to him.

My children were happy children. There has never been any history of abuse, alcoholism, drugs or anything untoward in our family. My children had a nice home, a close family, many friends, they were settled in school and most of all, they had a Mother who loved them but all of this accounted for nothing in the Norwegian Courts. 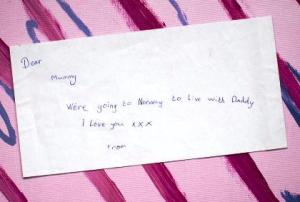 In Norway, it’s okay to abduct children – as long as you are Norwegian”. You can forge documents and give them to authorities because its “irrelevant” or “not valid for the question”. There is no law for Norwegians. The Norwegian authorities actually help their citizens abduct children from abroad, regardless of circumstances or other countries Court Orders.

For 6 years I have been treated like a criminal and subjected to horrific injustice. Many Christmas’s and birthdays with gifts only exchanged in front of impersonal visitors and mostly behind a locked door, never alone. No cuddling or talking with my children as this was seen as me manipulating my children with love. The emotional stress of hearing your child whisper in your ear “take me home Mummy”.

The Court said this was how it had to be as there was a risk I would take my children home to Jersey. Yet I never abducted my children to Norway. He did. But as I was not Norwegian, I was put under strict and extreme conditions, the type of interaction I was allowed with my children is the same given to parents in severe child welfare cases, incest, molestation, family violence, alcoholism and drug addicts, murderers. And all because I had legal custody of my children and we lived in Jersey, but the father wanted them to live in Norway.

I was convicted on assumptions and presumptions by the Courts, penalized by so called “experts” named psychologists and child welfare services who did not have a clue about the situation at all, all who said my children’s lives were “irrelevant” before they got to Norway, and all  who sided with my ex husband and his lies. They all wiped out my children’s previous life. All that mattered was Norway. Their background was unimportant, not relevant they all said. Anything and everything was used against me, yet nothing was said about him or what he did or how he was manipulating the children to his advantage with extreme Parental Alienation… Nothing was either mentioned about his lies. The Court said he did nothing wrong in abducting my children against a Court Order. They looked for ways to praise him instead of seeing him for the calculating lying manipulative abductor that he was.

Legal witnesses were dismissed as irrelevant with judges stating that I had been given too much advice, was focused on the law instead of the fact my children were in Norway, referring to me being the abductor for taking my children home after my marriage failed, having spent only some 200 days in Norway during a temporary reconciliation of marriage period, all despite the fact that I had rights of custody and legal agreements in place.

I moved to Norway to be near my children after they were abducted. Even then I never got a fair hearing. There has been no equality in the law for me.

What is very clear however is that if you’re Norwegian it’s accepted by the Courts, the Norwegian Ministry, the authorities, the psychologists, everywhere you look, it’s accepted for you to go to other countries and abduct your children against your spouse’s custody rights and Court Orders without any fear of repercussion in the Norwegian Courts for doing it. And we only have to look at the Skah case to see this.

Sadly for me, there were no Jersey Elite Soldiers with ties to the UK Intelligence Service to smuggle my children out of Norway back to Jersey on a sailboat. I took the legal route and abided by the law… did it help me?… NO!

Norway took my children regardless of the law. They ripped a Mother out of the lives of three small children whom they had lived with all their life, a happy life full of love and security. They gave them to their abductor on a silver plate after a well planned and calculated abduction by their Norwegian father and grandfather!

This is how Norway treats foreign parents.