“We have kidnappings, abductions, assaults, sexual offences. Anything that you can imagine could happen, does happen, in the name of honour,” says Nazir Afzal, Crown Prosecutor for the north-west of England.

And murder – 10 to 12 cases a year. Yet as the hyper-active, smartly dressed lawyer concedes in his Manchester office, violence invoked in the name of family honour, mostly by citizens of South Asian and Middle Eastern origin, is often hidden and unreported.

Mr Afzal knows about honour, having grown up in Birmingham in a Pakistani Muslim household.

Honour, he says, can be a good thing, helping bind families and communities together.

But, “at the moment in so many communities, in so many families, it is merely used to suppress women, to oppress women. So, if they misbehave in some way, or make their own choice, they have dishonoured the family. If men do the same, well it’s men – you know they do what they want. Regrettably too often it’s used to control women.”

After World War II, Britain received waves of migrants from its former colonies in India, Pakistan and later Bangladesh.

Muslims, Hindus, Sikhs and others came, some for higher education, but mostly to work in the factories around London and in the Midlands and north of England. 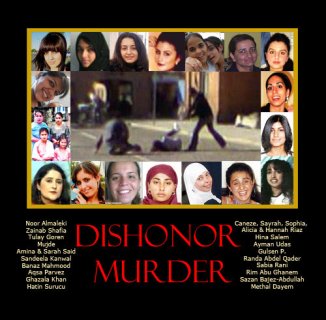 In England, generations who self-identify as Asian now number more than 4 million, 8 per cent of the English population.

‘In the name of the father, the son, and the male members of the family’

Arranged marriages are a still a feature of migrant communities, with parents agreeing that their children will marry, particularly first cousins. But for teenagers growing up in the United Kingdom, torn between the strictures of home and the freedoms of 21st century Britain, arranged marriages too often become forced marriages.

“We prosecuted more than 200 cases last year of honour-based violence. What we have here are crimes in the name of the father, the son and the blessed male members of the family.”

Currently there is no law against forced marriage in the United Kingdom. That will change early next year, with new legislation similar to that introduced this year in Australia.

Hundreds of young girls disappear from British schools every year

Britain’s Foreign and Commonwealth Office has a unit devoted to trying to prevent young people, mostly girls and women but also boys and men, being compelled to travel abroad to marry someone whom in many cases they have never met.

The Forced Marriage Unit handled 1,485 cases last year, 35 per cent of them involving teenagers aged 17 or younger. One of its biggest problems is trying to track down people who travel to South Asia and never return.

“They discovered hundreds and hundreds of young girls, and by that I mean 11, 12, 13-year-olds, who would just disappear off the school rolls.”

While it is illegal in the United Kingdom for anyone to marry under the age of 16, marriages involving children still happen in South Asia and the Middle East.

Sometimes girls do not return to Britain until they are pregnant, the theory being that this may assist the process by which the husband seeks residency in the United Kingdom.

Jasvinder Sanghera, who escaped a forced marriage by running away from her Sikh family home in Derby at the age of 15, formed Karma Nirvana 20 years ago to help people in trouble.

She says the Leeds-based charity has received more than 30,000 calls since 2008.

“To me that’s a drop in the ocean … it could be quadrupled,” she said.

Photo: 17-year-old Shafilea Ahmed was smothered by her parents after rejecting an arranged marriage in Pakistan (AFP: supplied)

Ms Sanghera recalls an occasion when a girl feared she was being taken abroad against her will.

“The call handler said, ‘Put a spoon in your knickers. When you go through security it will go off and at that point you’re going to be stopped by a security guard and say I’m being forced to marry’. Which is exactly what she did, and it saved her life.”

Campaigning on the issues of forced marriages has given Ms Sanghera a high profile, an MBE, a meeting with prime minister David Cameron and with countless senior police and other government officials. And yet she believes schools, police and communities are not taking forced marriages and honour-based violence seriously enough.

“If you are Asian and missing from education, the same questions are not asked as [of their] white counterparts here in Britain,” she said.

“And that has not changed because we know there are hundreds going missing off our school rolls. Maybe they’re not being forced into marriage, but the point is, ask the question and look into it. They’re not even doing that.”

As for police: “There are some police forces which are doing sterling work now and trying to get it right. On the ground it’s a different story. There are 43 police forces across the UK and I would refer to potentially four [getting it right]. You know, it’s very much dependent on the person you get on the day.”

British police have been severely criticised for their failures in a series of high-profile honour killings:

In each case, police initially, and in some cases repeatedly, failed to comprehend the seriousness of the threat.

As Ms Sanghera tells trainee detectives in Birmingham, relating the Banaz Mahmud case: “She told police her family was planning to kill her because she’d left an abusive marriage and was seen kissing a man outside a Tube station. And she was not believed. She was dealt with as being melodramatic, fantasising.”

Just a month later she’d been raped and garrotted, her body packed in a suitcase and buried in a garden.