A woman accused of abducting her infant daughter from South Carolina 20 years ago pleaded not guilty Monday during her first court appearance after being extradited from Australia. 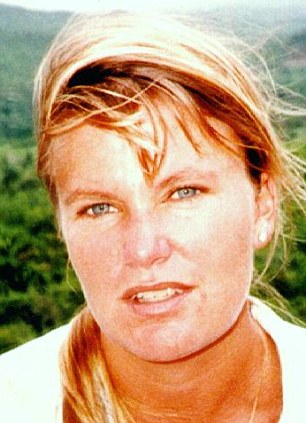 Dorothy Lee Barnett, 54, entered the plea before U.S. Magistrate Bristow Marchant. Her attorney requested that her bond hearing be delayed.

Barnett faces a count of parental kidnapping and two counts of falsifying U.S. passport applications. Authorities allege she did not have custody of her then 10-month-old daughter Savanna Catherine Todd when she took her from South Carolina back in 1994.

Barnett was found in Australia last year where she had been living under several aliases. She fought extradition but was finally returned to the United States last week.

Her attorney, Russell W. Mace III, told the judge he needs time to contact Barnett’s family and friends from out of state and out of the country to come vouch for his client. At a bond hearing a judge decides whether a defendant can be released after weighing whether he or she is a flight risk.

Mace told the judge his client had been back since Friday and he only met her for the first time Saturday.

He told reporters later that he has been in contact with Barnett by telephone since she was arrested and jailed in Australia last November. He would not comment further.

Barnett appeared before the judge in a gray-striped prison jumpsuit and there were shackles on her hands as she signed the court papers acknowledging her plea. She did not comment except to tell the judge she understood both the charges and that she would have to remain in jail at least until the bond hearing.

Conviction on the charges carries a maximum penalty of 30 years.

Authorities said that in 1994, Barnett left for a birthday party with her daughter and never returned. The previous year Barnett had filed for divorce from her husband, Benjamin Harris Todd III, a Bowling Green, Kentucky, native and former Charleston stockbroker.

The daughter has since been living a normal life in Australia, authorities said.

Prosecutors have not yet said just how Barnett was found in Australia after almost two decades.

Assistant U.S. Attorney Nathan Williams, who told the judge the government will oppose bond, would not comment following the hearing.

A mother accused of abducting her infant daughter 20 years ago will be extradited to the United States.

The federal government has ordered Dorothy Lee Barnett, 53, be surrendered to US authorities to face international parental kidnapping charges, despite an appeal from her lawyers.

Ms Barnett was arrested on Queensland’s Sunshine Coast last year and charged with kidnapping her 10-month-old daughter, Savannah Todd, in 1994 and fleeing the US.

A digitally aged photo of Dorothy Lee Barnett released by the National Center for Missing and Exploited Children during the search for the alleged kidnapper. Photo: Supplied

In November 2013 Australian and US police found Ms Barnett and her daughter, who now goes by the name of ­Samantha Geldenhuys, living in the suburb of Mountain Creek, west of Mooloolaba.

When arrested, Ms Barnett consented to extradition but then reneged.

Her lawyers asked the federal government to prevent the extradition, but federal Justice Minister Michael Keenan ordered this week that Ms Barnett be surrendered.

“The minister arrived at his determination following careful consideration of the provisions of Australia’s extradition law and taking into account representations made by, and on behalf of, Ms Barnett,” a government spokeswoman said in a statement to Fairfax Media.

According to US authorities, Samantha’s American father, millionaire stockbroker Benjamin Harris Todd III, had been granted sole custody of the then-10-month-old.

It is alleged Ms Barnett left for a birthday party with her infant daughter in South Carolina and never returned.

Mr Todd has spent the last two decades searching for his daughter, making public appeals for information on her whereabouts and circulating age-progressed photos of Samantha and her mother on international missing persons websites.

Ms Barnett is alleged to have fled to Europe on a false passport, changing her name to Alexandra Canton.

In 1995, she married a man named Juan Geldenhuys in South Africa with whom she had a son.

The family moved to New Zealand, before settling in Australia in 2007.

Mr Geldenhuys returned to South Africa about five years ago and is believed to have died from bone cancer in October, just weeks before his former wife’s arrest.

Samantha attended the local high school on the Sunshine Coast and, after graduating, moved to Townsville to study nursing at James Cook University, where she found a boyfriend in an engineering student.

Ms Barnett faces more than a decade in a US prison if convicted of international parental kidnapping and passport-related offences.

She has remained in custody since her arrest last year, but has regular visits from her daughter and son.

US authorities have two months in which to escort Ms Barnett to the US, subject to any application for a review of Mr Keenan’s order.