The Hague Convention is a multilateral treaty that seeks to protect children from the harmful effects of abduction and retention across international boundaries by providing a procedure to bring about their return. 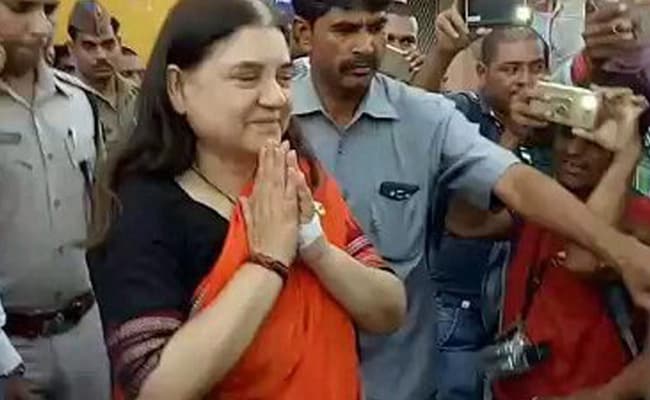 Union minister Maneka Gandhi said the option of signing the Hague Convention on inter-country abduction of children by parents was still open, and a mediation cell will be constituted to resolve such cases till a decision was taken on signing the convention.

The Hague Convention is a multilateral treaty that seeks to protect children from the harmful effects of abduction and retention across international boundaries by providing a procedure to bring about their return.

India is not a signatory to the convention. The government had been of the view that the treaty could lead to harassment of women escaping marital discord or domestic violence.

The Women and Child Development (WCD) Ministry has directed the National Commission for Protection of Child Rights (NCPCR) to constitute a mediation cell to resolve the cases of children taken away by one of the spouses without the permission of the other parent due to marital discord or domestic violence, from overseas to India or vice versa.

The commission has also been asked to prepare a parental plan, taking into account the best interest of the child, a statement by the ministry said.

In the statement, Women and Child Development Minister Maneka Gandhi also mentioned that the issue of signing the Hague Convention was still open and a decision on it would be taken in due course.

“Till then, the mediation process as notified by the WCD Ministry, should take care of most of the representations received by the ministry. The speaking order of the INA (Integrated Nodal Agency) will be extremely useful for both the parents to get the legal cases resolved or closed,” she said.

The cell will develop a parental plan keeping in view the interest of the child and submit its report to the INA. Based on the report of the agency and any other inputs that the INA may seek from the applicants or from Home Ministry or External Affairs Ministry, it will pass a speaking order in the matter, it said.

Maneka Gandhi said the purpose of the procedure was primarily to bring all the facts of the case, including the legal proceeding, make an overall assessment of the situation and suggest a parental plan in the best interests of the child.

Currently, there is no specific Indian legislation addressing issues related to abduction of children from and into India.

The decision to form the cell was taken after the ministry received a large number of complaints from such parents, the statement said.

Most of these complaints are from women who have had to escape from foreign countries along with their children to come to the safety of their own families residing in India.

Their husbands file criminal cases of abduction of the children in the country where they are residing, which go uncontested as the women in India are unable to present their cases, it said.