Five years ago, a Texas boy was abducted by his mother and taken to Brazil. Now, senators are calling on government agencies to help bring the boy home. 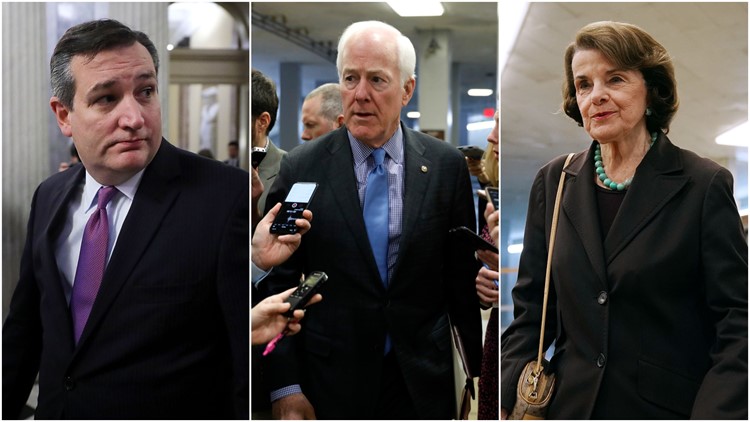 A bipartisan effort by U.S. senators is underway to bring a Texas boy back home after officials say a mother abducted him and took him to Brazil.

U.S. senators from Texas Ted Cruz (R) and John Cornyn (R), along with Senator Chuck Grassley (R) and Senator Dianne Feinstein (D), have written a letter to the Department of Justice and State Department urging the federal government agencies to work with Brazil to bring Nico Brann back to Texas.

According to the letter, Brann was abducted by his mother and taken to Brazil in violation of Texas court orders. The mother has since been indicted by a federal court for her actions.

“Any American citizen child who is abducted and remains abroad is one too many,” the letter reads. “Your Departments have an obligation to the American people to use all tools available to assist in the return of American citizen children. We know you recognize the seriousness of the issue and look forward to working with you to resolve and prevent cases of international parental abduction.”

Here is the letter in full, which is addressed to Attorney General Jeff Sessions and Secretary of State Mike Pompeo:

We are writing to draw your attention to an international parental abduction case involving an American citizen child, Nico Brann. He was abducted from Texas to Brazil in July 2013 in violation of a Texas family court order, and has remained abroad ever since. His return to the United States is critical, and we believe the issue of international parental abduction should be a top priority for your agencies.

On July 1, 2013, Nico Brann was abducted from Texas by his mother, Marcelle Guimarães. On February 21, 2018, Ms. Guimarães was indicted by a federal grand jury in the U.S. District Court for the Southern District of Texas for “international parental kidnapping” under 18 U.S.C. § 1204 and “conspiracy” under 18 U.S.C. § 371. She faces up to eight years imprisonment if convicted of both crimes. Her alleged co-conspirators are her parents, Carlos and Jemima Guimarães, who were both arrested in Miami on February 7th and have now been released on bail to face the same charges before U.S. District Court Judge Alfred Bennett in Houston, Texas.

Like so many other left-behind American citizen parents, since Nico’s abduction, his father, Dr. Christopher Brann, has rarely seen his son. In public testimony before the Senate Judiciary Committee, Dr. Brann indicated he has been able to exercise less than two percent physical custody. Dr. Brann has generally only been allowed to exercise his custodial rights while under the supervision of armed guards. To make matters worse, since the arrest of her parents, Ms. Guimarães has cut off virtually all access for Dr. Brann to Nico, in violation even of a Brazilian court order.

Both our government and the government of Brazil have agreed that Nico was unlawfully removed to and retained in Brazil and that he must be returned to the United States under the Hague Convention on the Civil Aspects of International Child Abduction. Despite the Brazilian Office of the Attorney General appearing alongside Dr. Brann urging the Brazilian judiciary to return Nico Brann to Texas, the courts in Brazil have refused to abide by the requirements of the Hague Convention and return Nico. The State Department has found Brazil repeatedly non-compliant with the Hague Convention, saying in its last report “the judicial authorities in Brazil persistently failed to regularly implement and comply with the provisions of the Convention.”

Several weeks ago, in a hearing before the Senate Judiciary Committee, we urged the Administration to use every possible tool to secure the return of American citizen children abducted abroad. The Sean and David Goldman International Child Abduction Prevent and Return Act of 2014 provides the Administration with a number of actions which can be taken to secure the return of American children. Some of the tools provided by the Goldman Act include the ability to delay or cancel bilateral working, official, or state visits; to withdraw, limit, or suspend U.S. foreign assistance; and the ability to formally request a country extradite individuals engaged in abduction. Unfortunately, other than a single extradition request and public condemnation, we are not aware of any Administration using the Goldman Act’s tools to secure the return of American citizen children.

Given the seriousness of Dr. Brann’s case, we request that you review the facts of the case as we understand them and explore whether there are other federal laws that will help secure the return of Nico Brann. Any American citizen child who is abducted and remains abroad is one too many. Your Departments have an obligation to the American people to use all tools available to assist in the return of American citizen children. We know you recognize the seriousness of the issue and look forward to working with you to resolve and prevent cases of international parental abduction.

If you have any questions or concerns regarding parental abduction to or from The United States or Brazil feel free to contact us 24 / 7.  We are always available at contact@abpworld.com or by calling our offices – +1 (805) CHILD-11 (+18052445311)