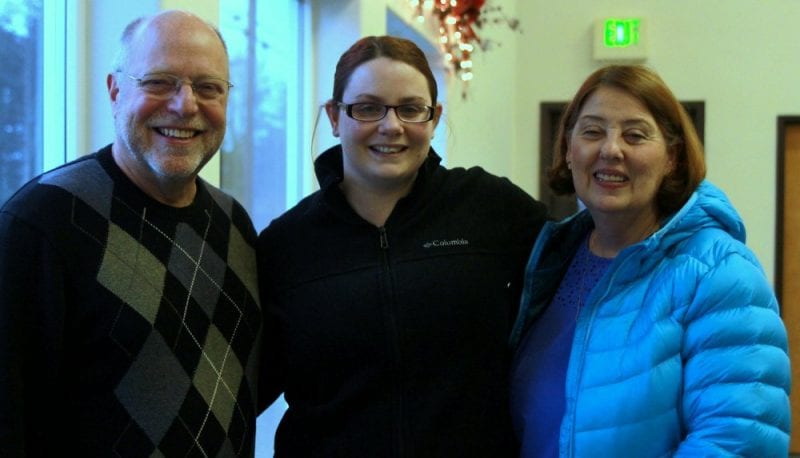 A Sitka woman has been extradited to the United Kingdom to face child abduction charges.

US Marshals delivered 34-year old Indea Ford to British authorities on April 10, almost one full year after her arrest on a downtown Sitka street corner.

Ford’s extradition was approved with little comment by the US State Department, over the objections of experts who believe the justice system is unresponsive to victims of domestic violence and abuse.

Note: Anyone interested in corresponding with Indea Ford while she’s in the British prison system should direct their inquiries to Grace Harbor Church.

Indea Ford flew to London after spending two months in the Anchorage jail and the Hiland Correctional Center in Eagle River, and after spending over nine months under house arrest in Sitka.

Upon arriving in the UK, she was held at first in the Heathrow police station, and subsequently transferred to Bronzefield Prison. As of this writing, she’s been in custody or incarcerated 383 days.

Ford is accused of parental abduction, which is a serious and sadly all-too-common crime. But there are some other factors that have raised alarms among domestic violence advocates.

Joan Meier is a law professor at George Washington University, and the legal director of DV LEAP, which helps survivors of domestic violence obtain justice. She believes Indea Ford — and many other women in her position — is a victim of laws that aren’t working.

“It’s a problem in our legal system, and it’s a problem with law in general, that it doesn’t have a heart necessarily. It depends on who implements it.”

Meier is one of three lawyers who signed a letter drafted by the University of Oregon Law School opposing Ford’s extradition on numerous grounds, the foremost being that Ford — nows a legal permanent resident of the United States — has full custody of her two daughters, and her flight from the United Kingdom to the United States was intended to protect them. The lawyers argue that Ford has only violated a “Child Arrangements” order issued by a UK court, giving the girls’ father visitation rights. And he’s never applied to the Hague Convention — which handles international child abduction — to get them back.

What Ford’s ex-partner did was to file criminal abduction charges, triggering a chain of events that has led to Ford’s long tenure in custody, without having had an opportunity to defend herself. The US Magistrate who ordered her extradition dismissed her arguments out of hand, saying they weren’t relevant to the extradition process.

“It’s a shame that judges don’t exercise the discretion they have to do real justice, as opposed to literal applications of the law, in a case like this where you’re going to destroy two children’s lives, let alone one woman and her husband.”

Ford’s two daughters remain for the time being in Sitka, with their stepfather Kenny, a Coast Guardsman Ford married in 2014. This is preferable in Ford’s mind, since she alleges that the girls’ biological father in the UK abused both, and threatened her life as well. He was arrested on suspicion of abuse — on the testimony of the girls’ doctor — but not convicted in the British courts.

Meier says the lack of a conviction is widely interpreted as meaning that a victim brought a false accusation. That victims lie, she says, is one of the biggests myths in domestic abuse.

“There is nothing to show that all these women who claim abuse are lying. And guess what? It’s not fun to claim abuse. You don’t get much mileage from it, and my court research is showing that it backfires: That women who raise abuse lose custody at higher rates than women who don’t.”

Ford appealed her extradition to the US State Department, but her case likely arrived almost to the day when President Trump fired Secretary Rex Tillerson. A written response from the State Department’s assistant secretary for Legislative Affairs, Mary Waters, says “None of the materials submitted to the Department, including those alleging domestic abuse, warranted denial of extradition in this case.”

A British court will hold a closed-door hearing on May 9 to determine the status of Ford’s daughters while she remains in custody — their American stepfather has won the right to participate. A bail hearing for Ford herself is scheduled for May 20. Her trial will likely be held in the British Crown Court in October.