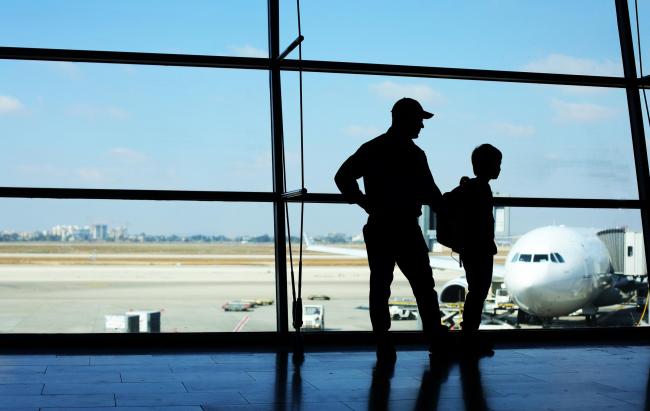 A CAMPAIGN is underway to bring Scotland’s outdated laws on parental child abduction into line with the rest of the UK.

Campaigners want to see the closing of a “loophole” which means a parent who takes a child out of Scotland without the consent of the other parent can not be prosecuted.

If a child is taken overseas from England and Wales it is a criminal offence under the Child Abduction Act 1984 but the law only applies in Scotland if a court order is already in place. Some have described the loophole as a ‘kidnapper’s charter’.

Lawyer Yousif Ahmed, from Glasgow, is leading a campaign to remove the requirement for a court order so that Scotland’s law on child abduction is brought into line with the rest of the UK.

He has already met Cabinet Secretary for Justice Michael Matheson and has now secured a meeting with the minster’s officials to set out his proposals to change the 1984 law.

Scottish Government figures show the number of international child abduction cases has risen over the last ten years, from two cases in 2007 to 20 cases in 2016. Figures released by Foreign Office at the end of last year showed the UK Government department dealt with 449 new cases in 2016/17.

Ahmed, a corporate lawyer who started the campaign after speaking to a parent whose child was taken to the Middle East, said: “With the exception of Scotland, the rest of the United Kingdom rightfully criminalises the wrongful act of international parental child abduction. That is a form of deterrence firmly in place.

“Surprisingly, we do not have that deterrence in Scotland – parental child abduction is not recognised as a criminal offence here unless a court order has been obtained prohibiting removal of a child and that raises various problems and issues. To obtain such a court order, you must have some prior knowledge of a pending or imminent abduction and go through a formal legal process which in most cases is not fit-for-purpose and not effective for preventing parental child abduction from Scotland.”

The campaign has been backed by Scottish parents whose children have been removed from the country, parent support network Reunite International and an MSP who has warned the loophole could mean parents in England and Wales who want to remove a child from the UK could first travel to Scotland to avoid prosecution.

West of Scotland Labour MSP Mary Fee said: “It is unacceptable that a parent and their children can cross the border from England in to Scotland and then be removed from the UK, without breaking the law, as the parent would have if they left from England.

“The apparent legal loophole that exists must also be closed for the safety and protection of children in Scotland. It is worrying that there has been a reported rise over the last 10 years, albeit of very few cases, of one parent taking their child out of Scotland without the other parent’s consent.

“The current law on this is weak and I support my constituent Mr Ahmed’s call for the loophole to be closed and to make it a criminal offence to abduct a child and leave the country.

“I hope our meeting with the Scottish Government will ensure that we can protect the rights of children in Scotland.”

A spokeswoman for charity Reunite International said there is currently “very little” police in Scotland can do to prevent children being abducted from the country, which makes children in Scotland “more vulnerable”.

She added: “We are pleased to support Yousif Ahmed in his campaign for the Scottish government to redress this anomaly so that children in Scotland are granted the same protection as children in the rest of the UK.”

Ahmed added: “International parental child abduction is widely recognised as a form of child abuse. It has no place in a modern society. The Scottish Government must take action.”

A Scottish Government spokesman said: “Depending on the circumstances of the case, someone suspected of child abduction can be charged with an offence under section 6 of the Child Abduction Act 1984 or the common law offences of Abduction or Plagium.

“Scottish Government officials will meet campaigners in the near future to discuss their proposals for change to the 1984 Act offence.”

STORIES OF ANGUISH FROM PARENTS WHO LOST THEIR CHILDREN

One of the most high-profile international child abduction cases in recent years was Alison Shalaby, whose daughter was taken to Egypt by Shalaby’s ex-partner when the child was 7-years-old. It took three months for the girl to be returned but some parents don’t see their children again for years.

Clinical psychologist Dr Mairead Tagg, who also worked with Women’s Aid, said: “There is certainly an issue with parents removing children, especially abusive fathers removing the children as the ultimate punishment for their partners, and it is often very difficult to get the children returned.

One Scots parent, who asked not to be named, lost his baby after his wife took the child to her native Greece for a “two-month holiday” when the child was a toddler.

He said: “Return flights were booked, but about a month into their holiday she told me that they would not return to Scotland…it took 17 months – ten times the usual duration – for my day in court.

“The Greek court ruled against me, stating that it was in my daughter’s best interests that she stay in Greece as she had already been there for so long.”

Another Scottish father’s ex-partner took their son to her native Australia. “There was very little help for the 372 days he was away, other than from the charity Reunite International,” said the man, who asked not to be identified. “The Scottish government offered no help at all. They often couldn’t answer questions I had and said they had to stay impartial.”

Alison Shalaby now runs Reunite International. She said: “International parental child abduction can cause great distress to a child who is removed from their home country and taken away from one parent, their extended family and friends, and everything that is familiar to them. This can cause long lasting harm to a child’s wellbeing and is something that may continue to affect them well into adulthood.”

Mairead Tagg added: “We really need to act much more effectively to protect vulnerable children and adolescents in Scotland from this highly traumatising and damaging kind of behaviour. I hope that the Scottish government will act swiftly to remedy the situation and to protect the rights of children from all backgrounds.”