RIO DE JANEIRO — The grandparents of a Brazilian-American child at the center of a high-profile custody battle were arrested on Wednesday morning after landing at Miami International Airport, and were charged with international parental kidnapping.

The arrest of the couple, Carlos Otavio Guimaraes and Jemima Guimaraes, was a rare case of Brazilians facing criminal charges in the United States stemming from a custody battle.

They are accused of helping their daughter move her son to her native Brazil, where she then applied for sole custody of him, in violation of a legal agreement with her ex-husband, who lives in Houston. The F.B.I. filed a criminal complaint against the couple and their daughter under seal in Texas last March.

Heavily publicized, protracted legal fights over accusations of parental kidnappings have been a thorn in relations between the United States and Brazil for years. A similar case prompted Congress in 2014 to pass a law that sought to strengthen the government’s ability to reunite American parents with children who have been taken abroad.

“I am very sorry it has come to this,” Chris Brann, the child’s father and the arrested couple’s former son-in-law, said in a statement. “All I ever wanted — and all I still want — is for my son Nico to have equal access to both his loving parents.”

He added that if his son were returned immediately to Houston, “I am prepared to ask the U.S. Attorney’s Office to be lenient in how it handles Carlos and Jemima’s cases.” 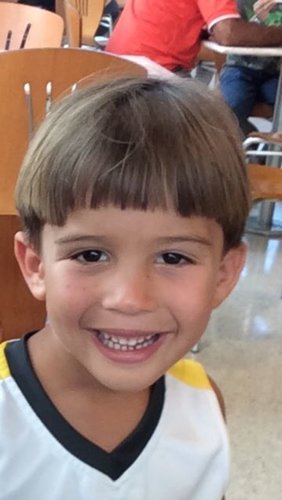 According to a criminal complaint unsealed on Wednesday, the Guimaraes helped their daughter, Marcelle Guimaraes, resettle permanently in Brazil in July 2013, violating a legal agreement that she and Mr. Brann had signed in Texas that May.

The complaint says Ms. Guimaraes used the pretext of a family wedding to get permission from Mr. Brann to allow their son, Nicolas, to travel to Brazil.

Soon after arriving there in July 2013, however, Ms. Guimaraes filed for sole custody of the child in a Brazilian court and, according to the complaint, for weeks misled her ex-husband about her decision to stay permanently.

An F.B.I. special agent, Christopher Petrowski, wrote in the charging document that the grandparents were complicit in the deception, and cited as evidence that the child had been enrolled months before the trip in a school in Salvador, Bahia, that is run by the elder Ms. Guimaraes.

Mr. Petrowski also wrote that Mr. Guimaraes misled Mr. Brann about his daughter’s intentions by emailing him flight itinerary information that suggested the mother and child intended to fly to the United States in early August 2013.

The Guimaraes and their daughter hold dual American and Brazilian citizenship, according to a summary of the custody dispute drafted by Mr. Brann’s lawyer, Jared Genser. Mr. Guimaraes is a senior executive at ED&F MAN, a multinational agricultural commodities company.

Marcelle Guimares is also charged in the criminal complaint, which was filed in federal court in Texas. She and Nicolas, who is 8 years old, remain in Brazil.

Mr. Brann has fought for custody of his son in Brazilian courts, and sought to get the Obama administration to more aggressively back his effort to be reunited with his son. “I will not stop fighting until Nico is home,” he wrote in a 2015 essay in The Washington Post.

If you have any questions or concerns regarding parental abduction to or from Brazil or The United States feel free to contact us 24 / 7.  We are always available at contact@abpworld.com or by calling our offices – +1 (805) CHILD-11 (+18052445311)