MOUNT PENN, Pa. – One of the FBI’s most-wanted now sits behind bars nearly 3,000 miles from Berks County and the apartment she fled with her two sons in 2014.

“It’s been a long three years investigating this case,” said Detective Deron Manndel, Central Berks Regional Police Department, who has been the lead investigator on the parental abduction case. “A lot of leads along the way that turned out to be dead ends.”

The search for Maria Evelia Cabrera-Gutierrez came to an end with her capture in Raymond, Washington, Monday afternoon, less than 24 hours after her case was featured on national television.

Authorities said a pair of tips that came in after Sunday evening’s airing of CNN’s “The Hunt with John Walsh” on HLN led them to Cabrera-Gutierrez and her 4-year-old son, Daniel Markus.

“Both of them basically said the exact same thing, that this woman was living in their town with two young boys going by different names, and all the details added up,” Manndel said. “It sounded like it had to be her.”

And it was. Raymond police officers and Pacific County sheriff’s deputies went to the address they were given and found Cabrera-Gutierrez.

“She didn’t give them a hard time or anything. She admitted who she was. She knew this day would come, basically,” Manndel said. “They took her into custody without any incident.”

Berks County District Attorney John Adams said the next step will be for Cabrera-Gutierrez to decide whether to waive or fight her extradition. ​

“If she does fight her return to Berks County, we will be put in a position where we will need to obtain a governor’s warrant to extradite her back to Berks County,” said Adams. “In most cases, the defendants typically will agree to come back, and she will be extradited back to our county hopefully within the next 10 days.”​​

The ordeal began when the boy’s father, Guy Markus, discovered that Cabrera-Gutierrez and the boy had gone missing from their apartment in St. Lawrence in November 2014, despite a Berks County judge’s order that they share custody of their son.Investigators soon learned that Cabrera-Gutierrez, Daniel, and her other son, hopped on a bus in Reading and traveled to San Antonio, Texas.

“We tracked her to Texas initially right off the bat, we were right on her tail. Then we lost her,” Manndel said. “Lots of leads and tips were received over the years. Some of them seemed more promising than others; some of them led to dead-ends.”

Cabrera-Gutierrez is facing charges of interference with the custody of a child and concealing a child’s whereabouts, as well as flight to avoid prosecution by the FBI.

As for Guy Markus, the boy’s father, Manndel said he was on the first flight he could get to Seattle.

“He was ecstatic,” Manndel said. “Once everything was good to go, he was on his way to the airport in Philly.”

Manndel said officials are still trying to arrange for custody of Cabrera-Gutierrez’s older son, who has a different father.

“All the contact information was given to child protective services to try to reach out to his father in California, so hopefully they can be reunited, as well,” he said. 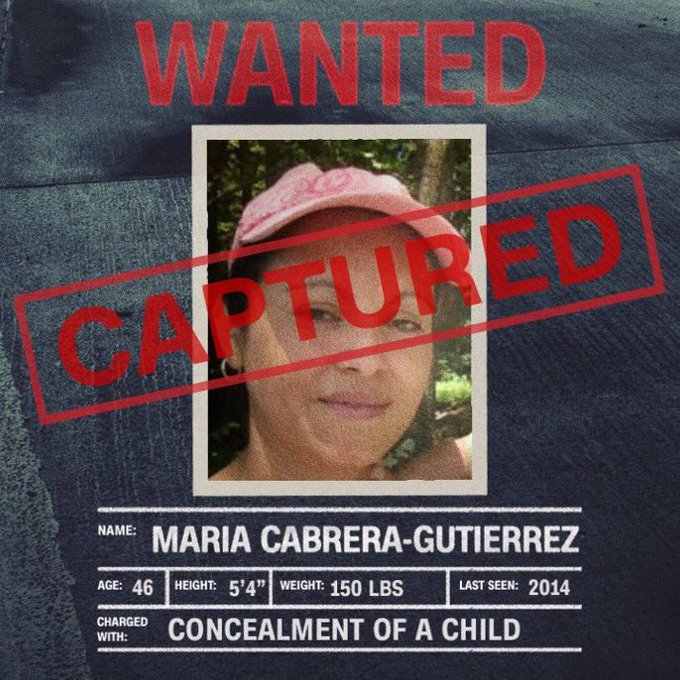 Another capture and recovered missing child thanks to the great viewers at @HLNTV. #JoinTheHunt 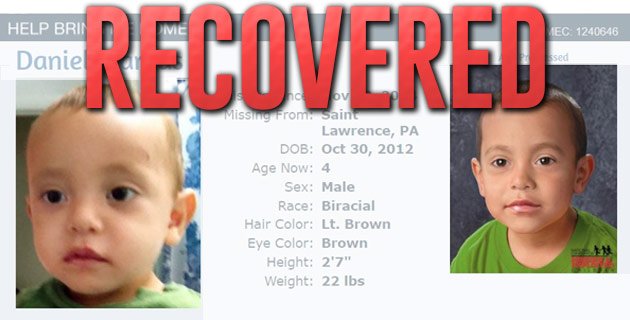 #RECOVERED Daniel Markus found after nearly 3 years of searching. NCMEC is proud to have worked closely w/ “The Hunt” to help find Daniel.