The company will transmit amber alerts to couriers, their social media channels, and internal communications 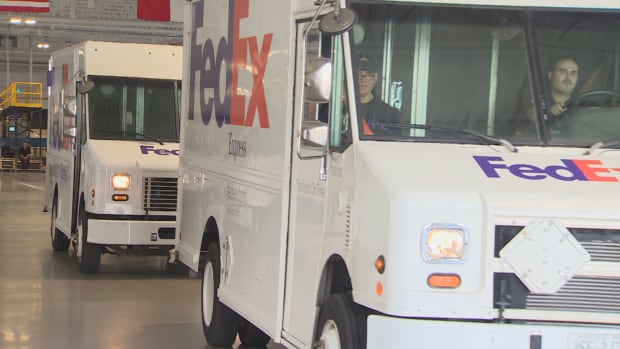 FedEx Canada has joined forces with Amber Alert Ontario to transmit alerts about abducted children to all of their 6,500 Canadian-based employees, including 3,000 couriers.

The company says the alerts will also be transmitted on its social media feeds and internal communications.

“With the continued growth in e-commerce, our couriers deliver to more areas around Canada than ever before ensuring our eyes and ears are there to assist in locating missing children when needed,”  said Lisa Lisson, FedEx Canada’s president.

‘Increases the possibility of the safe return of a child’

The company’s vice-president, Pina Starnino, says the idea stemmed from couriers themselves.

“They’ve been telling us for years — can we please participate in this?,” she said during a news conference on Tuesday.

Amber alerts are issued to the public in child abduction cases where police believe the child is in danger of bodily harm or death.

“Anytime we can get more people notified at activation, it increases the possibility of having a successful resolution …  which means the safe return of a child,” said Jeff Simpkins, manager of operations for Community Safety Services with the Ontario Provincial Police.

He says FedEx Canada proposed the idea and he hopes its the start of a new trend. 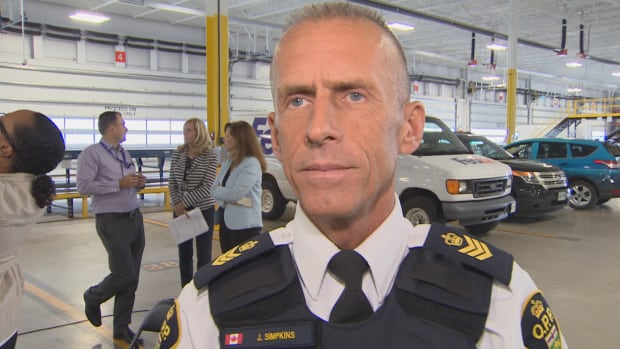 Jeff Simpkins, with the Ontario Provincial Police, says transmitting amber alerts to FedEx couriers increases the possibility of the safe return of a child. (Chris Mulligan/CBC)

“I suspect that there are other corporations that will be interested,” said Simpkins. “This may very well be the beginning of further expansion of this program.”

Simpkins adds that he isn’t worried about the influx of possibly misleading information coming from more “eyes on the road.”

“I won’t call it misinformation,” he said. “Any information that we can gather would assist us.”