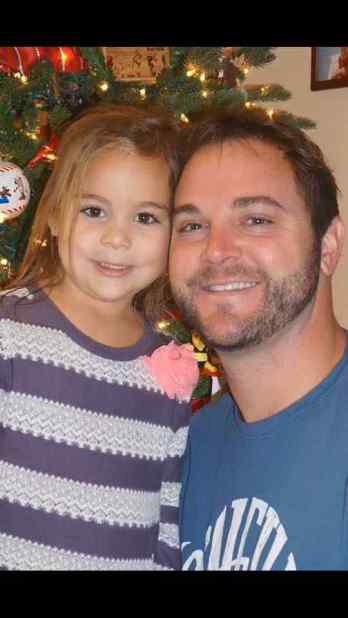 A Northridge man is being held at a maximum security prison in Peru for allegedly kidnapping his 5-year-old daughter despite having been granted sole custody by a Los Angeles court, his attorney said Monday.

Dustin Kent, 32, of Northridge, who has been in custody for about a month, is being preliminarily held at the Miguel Castro Castro prison in Lima, Peru, pending a two-month investigation into an allegation that he committed aggravated kidnapping there, defense attorney Sandro Monteblanco said by phone from Peru. The registered nurse has been sent to prison pending the outcome of the probe because he is a foreigner and thus considered a flight risk, he said.

“It’s a situation where a dad that had sole custody of his daughter found her (in Peru) after having been abducted for a year, took his daughter with him and in a flash of a moment, the ex-wife says it’s a kidnapping ring and suddenly he’s been put in prison and is looking at the barrel of a 35-year mandatory sentence for aggravated kidnapping,” Monteblanco said.

The Peruvian National Police did not immediately respond to a request for comment late Monday.

Peruvian government officials have been quoted in their nation’s press as saying that the father, whom the mother has described as abusive, allegedly hired foreign criminals to kidnap his daughter, Adrianna.

“We cannot allow parents to put their children at risk,” Marcela Huaita, the Peruvian minister of women and vulnerable populations, said in Spanish according to an article on the Federation of Journalists of Peru website. “The behavior of Dustin William Kent, the girl’s father, typifies the crime of exposing a child to danger and merits a penalty of two to four years of incarceration and whoever perpetrated the crime of kidnapping could face life imprisonment.”

Monteblanco said Dustin Kent was not planning on taking the girl outside of Peru until the courts there validated the Los Angeles Superior Court’s April 2015 order for his sole custody, a process that usually takes many months, he said.

The mother, who now goes by the name Rose Mary Ann Chacon Castaneda, alleged that Dustin Kent had abused their daughter in America but an investigation here determined those allegations were false, Monteblanco said.

Monteblanco said it was Kent himself who took his daughter from her mother and not a gang of foreigners as his ex-wife had claimed to members of the press.

In Peru, a parent cannot be accused of abduction for taking his or her own child. Thus the ex-wife made up the story about foreigners abducting the girl to get police to act, Monteblanco argued.

The attorney of the mother, who has been reunited with her daughter, could not be reached in Peru late Monday.

British national Kevin Critchley was also arrested and is in custody in connection with the alleged kidnapping, Monteblanco said.

Peruvian authorities have said the British surveillance specialist was hired by Dustin Kent to help kidnap his daughter.

Monteblanco, in contrast, said Critchley was a friend of Dustin’s who wanted to do some sight-seeing in Peru.

Dustin Kent, who works at a hospital in Hollywood, was awarded sole custody of his daughter, Adrianna, in April of last year after the mother failed to appear in court and apparently had fled the country, according to Los Angeles Superior Court records.

The court found that the child’s testimony regarding alleged abuse by her father “was inconsistent and described (by social workers) as coaching” on the part of the mother, the documents stated.

“We’re just concerned for (Dustin Kent’s) safety and well-being,” brother Ryan Kent, 36, who was visiting Los Angeles from Boise, Idaho, said by phone Monday. “He’s locked up in a third world country. … He’s not supposed to be there so we need to get him home as soon as possible.”