In his latest guest blog post, psychologist Joshua Coleman explains that to repair a relationship with estranged children, parents today need to make the first move.

Psychologist and author Joshua Coleman is an internationally recognized expert on parenting and marriage, among other topics. In his last post, Dr. Coleman explored the roots of conflicts between parents and their adult children.

Today he continues his series on parent-child conflict by explaining how parents can start to repair a damaged relationship with their child.

My clinical experience has shown me that while parents are not always directly to blame for an estrangement or ongoing conflict with their children, typically they are the ones who have to initiate repairing the relationship.

I realize that this can often seem like a tall order; indeed, getting parents to take the lead is not always an easy task. This is because most parents feel like they have invested a lot in their children and shouldn’t have to go hat-in-hand to try to get their child back into their lives. Plus, it’s hard for many parents to hear how they may have let their children down, let alone admit to those shortcomings. In addition, some adult children keep the door so tightly closed that the parent must face ongoing rejection and even abuse if he or she tries to reach out. Under those conditions, many parents will feel tempted to give up.

But for those parents out there who haven’t given up, you should know that it’s hard to get very far in a parent-child reconciliation without honestly acknowledging the ways you may have contributed (or continue to contribute) to the difficulties between you and your child. It isn’t a cure-all—you may be facing problems bigger than the both of you: your child may have a mental illness, or is married to a troubled or possessive spouse; you may have to deal with an ex who wants to perpetuate the conflict between you and your child; or your child may need to blame you so that they don’t blame themselves for the way that their life turned out. What’s more, your own childhood history may have worn thin the skin you need to withstand your child’s complaints long enough to cobble together a healthy response to them.

But you have to start by trying to understand why your child feels the way they do about you—not because you deserve a proportionate punishment for your mistakes (real or perceived) but as an act of parenting, one that recognizes the changing nature of parent-child relations today. 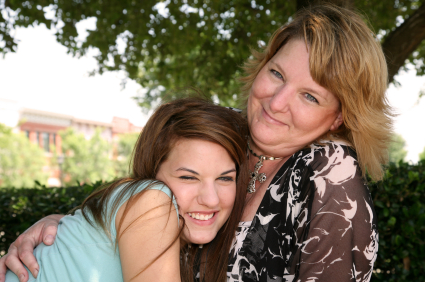 Yet a recent study found that overall, parents in the U.S. report more conflict with their adult children than parents in other countries. The study compared the U.S. with Israel, Spain, Germany, and the U.K. and found that the relationship between adult children and their aging parents were the most “disharmonious” in the U.S.To explain what I mean by this, consider my last post, where I talked about the ways that parenting has changed in the past century and how those changes have affected parent-adult child relations today. One of these changes is that parents now want and expect a closer relationship with their adult children.

A key reason for this is the highly individualistic nature of family relations in the U.S. While there are many cultural, economic, and institutional forces that organize family life, the primary determinant for whether family members remain close in the U.S. is based on how the relationship makes the individuals within those relationships feel.

Something similar has been happening with marriage. More than any other country, couples in the U.S. decide to get married or divorced based on whether or not their spouse is a good romantic partner. Staying in an unromantic or unfulfilling marriage is not only considered a waste of time, with or without children, but an act of existential cowardice. As sociologist and Council on Contemporary Families member Andrew Cherlin observes in his book, The Marriage Go-Round: The State of Marriage and the Family in America Today, Americans marry, divorce, remarry, and re-partner far more than individuals in any other industrialized country.

In the same way that couples decide to stay or leave romantic relationships based on whether the relationship is fulfilling, many adult children are now deciding whether to stay connected to their parents based largely on their evaluation of how rewarding their relationship was with them in the past or remains in the present. And since these are the criteria by which parents are judged today, parents are wise to pay attention to them if they seek a better relationship with their adult children.

This requires that parents recognize the “separate realities” nature of family life. That is, a parent can reasonably believe that she or he did a good job as a parent—and their child may reasonably wish they had done something quite different. In romantic relationships, there’s typically at least a kernel of truth in our partner’s complaints about us. The same goes for our children’s.