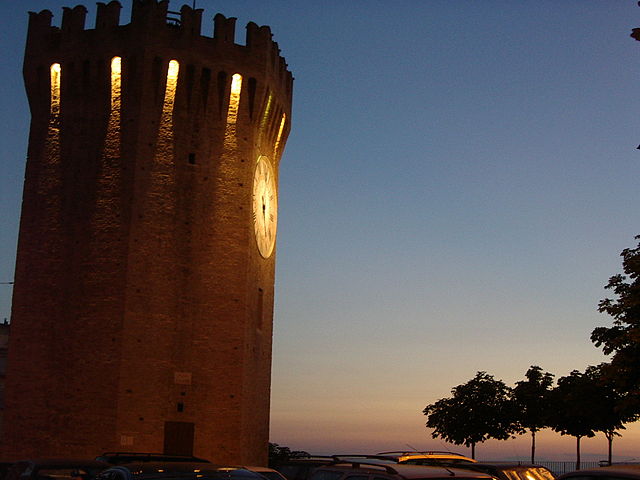 An 11 year-old girl brought to England by her Latvian mother should return to her Italian father, the High Court has ruled.

The couple met and married in that country but their daughter, ‘GP’,, was born during one of their regular stays in Latvia.

By the latter part of 2010 the couple were living permanently in Italy, specifically in the central Italian city of San Benedetto Del Tronto. But at the same time their marriage was starting to break down. Early the following year divorce proceedings began.

One day he mother took their daughter to Sommacampagna, no less than 450 km (278 miles) away in Northern Italy.

The father complained to the Police and the mother eventually received a one year jail sentence for this abduction. An Italian court judgement explained:

“The Mother had acted in a pre-meditated manner, and unilaterally so as to separate the Father from his daughter, in order to pursue a romantic relationship.”

“The Mother’s reports to the police were lacking in detail, generic, and contrived to lend support to her decision to unilaterally remove the child from her family home.”

The same court also granted joint custody of GP to the mother and father, declaring that she should live with her mother from September to June and with her father from June to September. In addition, during those periods when she was with the other parent, the mother or father was allowed to visit on alternate weekends.

Meanwhile the father was ordered to pay child support of 300 Euros (£263) per month.

Under this new arrangement GP settled in a new school and began to do well. However, on February last year the mother once more absconded with her daughter, this time bringing her to Britain.

Some months later, the father began legal proceedings under the Hague Convention on the Civil Aspects of International Child Abduction, seeking the return of his daughter. At that point the whereabouts of the pair were unknown and the English court issued a ‘location order’, compelling family members with knowledge of her whereabouts to reveal them. She was eventually tracked down via a reluctant uncle and found to be living in Shrewsbury.

In the High Court Mr Justice Hayden described efforts made to sidestep the location order as “determined” and “cynical”.

The mother admitted breaching the father’s rights and also did not deny that GP had been habitually resident in Italy (resident for legal purposes) before removal to the UK. Her defence was based on Article 13 of the Hague Convention. This allows courts to reject applications if returning the child would place them at risk of physical or emotional harm or leave them in an “intolerable situation”. It also cites any cites any objections a child may have to returning as an allowable defence.

The mother faced a possible prison sentence if she returned to Italy she insisted, while GP said she preferred life in England.

“I am …clear that [the child’s] views are coloured and influenced by her mother’s own wishes.  The objections are therefore not wholly authentic.”

“GP’s life has to date been characterised by upheaval and relocation.  I have no doubt at all that her affection for England is both sincere and strong.  She is obviously settled and happy.  In addition GP is, to some extent, free from parental conflict in England.   She is also, of course, deprived of her right to a relationship with [the father] and the paternal family which the Italian courts have concluded was rooted in a ‘strong bond’.”

“The information before this Court seems to me also to reinforce the Italian courts’ conclusion that [the mother] ‘created a situation where by she could keep the child under her exclusive controlwith the purpose of excluding [the father] from any decision and contact’.”

GP should return to Italy and life with her father at the end of the next school term, the Judge ruled. The father, despite limited financial means, had pledged to try and ensure the return was a smooth one. Meanwhile, added Mr Justice Hayden added:

“I am encouraged that [the mother] agrees to accompany GP, and express the hope that she will, despite the history of her behaviour, use her best endeavours to minimise the upset to GP that my decision will undoubtedly cause. “

The judgement includes a description of the judge’s meeting with GP herself. He described her as “striking and delightful” and recorded her thoughts on his judge’s wig:

“She told me that I wasn’t what she was expecting.  By this she explained she had anticipated a man in a long Judge’s wig.  I told her that I wore one very rarely and brought it out of the cupboard for her to inspect.  She was intrigued that it was horse hair and thought it rather scratchy and uncomfortable.”