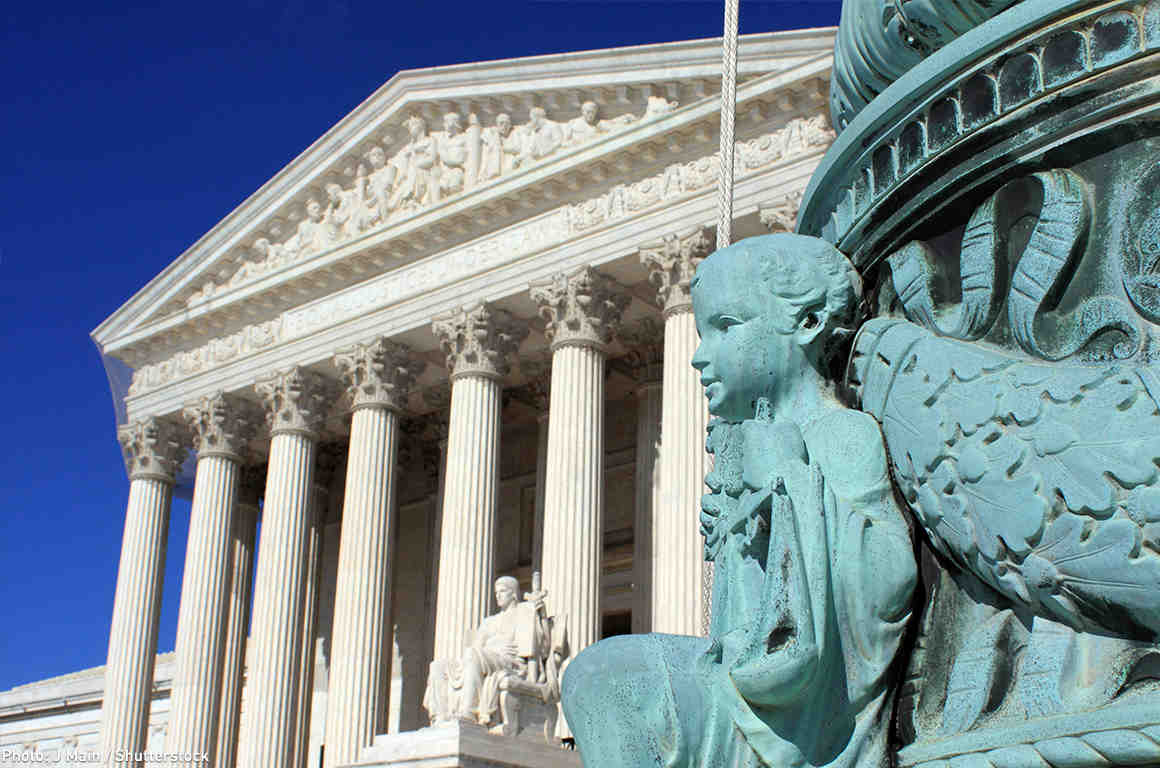 In a step forward for gender equality, the Supreme Court struck down yesterday a nationality law that treated U.S. citizen fathers and mothers differently. The law — first enacted in 1940 — is one of the few federal laws that continue to explicitly discriminate based on sex.

At the time of Morales-Santana’s birth, the statute provided that the child of an unmarried U.S. citizen mother living abroad automatically became a U.S. citizen, so long as the mother previously lived in the U.S. for one year at any age. On the other hand, an unmarried U.S. citizen father could transmit citizenship to his child born abroad only if the father had resided in the U.S. for 10 years, with five of those years occurring after the father was 14 years old.

Because Morales-Santana’s father left the U.S. a few weeks shy of his 19th birthday and did not return until after his son’s birth, he could not meet the five-year requirement in the law, and Morales-Santana was denied citizenship. If Morales-Santana had instead been born to a U.S. citizen mother with the same history of U.S. residency as his father, the law would have recognized him as a citizen.

Justice Ruth Bader Ginsburg, writing for the court, held that the different treatment of fathers and mothers discriminates based on sex and violates the equal protection guarantee of the U.S. Constitution. She observed that the law was enacted in an era when “two once habitual, but now untenable, assumptions pervaded our Nation’s citizenship laws and underpinned judicial and administrative rulings: In marriage, husband is dominant, wife subordinate; unwed mother is the natural and sole guardian of a non-marital child.”

The law is one of the few federal laws that continue to explicitly discriminate based on sex.

As we argued in our amicus brief, the law is rooted in longstanding stereotypes that mothers, not fathers, are responsible for children born outside of marriage. By concluding that mothers and fathers should be subject to the same criteria, the court reinforced the principle that legislating based on gender usually results in unconstitutional lawmaking by stereotypes, particularly when there are now over two million single fathers in the U.S. Today’s opinion examined the statute under heightened scrutiny, the rigorous standard for constitutional review applicable to any gender-based law or policy, and reaffirmed that the courts can and must invalidate unconstitutional federal policies.

Justice Ginsburg’s decision in Sessions v. Morales-Santana builds on her legacy of ground-breaking work toward achieving gender equality. When she co-founded the ACLU Women’s Rights Project in 1972, she litigated many of the early cases establishing that laws that discriminate based on sex violate the Constitution. In all of the cases she argued before the Supreme Court, she represented men, highlighting how they and their families were harmed by laws that stereotyped men as breadwinners and women as caretakers of children.

For example, she challenged a Social Security law that provided financial support for widows and their children but not to widowers on behalf of Stephen Wiesenfeld, whose wife died during the birth of their son. A unanimous Supreme Court extended the benefits to men in 1975, observing that the law hurt widowers who need support, children who deserve the care of their fathers, and women who contribute to Social Security through their earnings but whose spouses cannot receive benefits upon their deaths.

While the ruling advances gender equality, the court did not allow Morales-Santana’s claim to citizenship proceed under the more relaxed one-year residency requirement. Inviting Congress to remove the gender-based distinction in the law, the court explained that it felt constrained to impose the longer residency requirement on unmarried parents because married U.S. citizen parents must also meet the longer time period in order to confer citizenship. The court concluded that the longer residency requirement for unmarried fathers should also apply to unmarried mothers from this point forward. However, until Congress acts, the court observed that “the Government must ensure that the laws in question are administered in a manner free from gender-based discrimination.”

In the past, Congress has reduced residency requirements for parents seeking to transmit citizenship, so they may live and travel with their children. It should do so again. Moreover, today’s decision did not address another sex-based provision in the law: a mandate that fathers agree in writing to provide financial support for the child, an obligation that is not placed on unmarried mothers and has not yet been challenged in the Supreme Court. Congress should create a gender-neutral citizenship law that both reflects our commitment to gender equality and provides U.S. citizen parents with the ability to live together with their families.