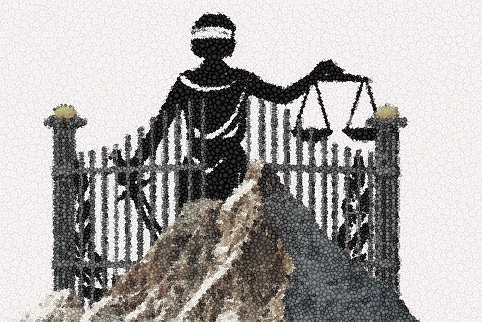 Parental alienation targets the child pulling them away from one parent through a series of emotional and manipulative behaviors often sabotaging a child-parent bond — whereas parental abduction involves concealing, snatching and isolating a child from the targeted parent.

Both put one parent in the role of being a gatekeeper with a clear objective against the targeted parent — erase that mother or father from being a parent.

Conditions created in the confines of the family law arena form environments where children are susceptible to being alienated from a parent as well as physically taken from them.

Inside this adversarial system you often find an industry landscape plagued with judges, lawyers and third party benefactors that confuse their own self-interests with that of the child’s best interests — muddling any chance for parents to have these cases properly adjudicated in a timely and efficient manner — whereby unfortunate outcomes would have a better chance of being averted.

In far too many situations children get caught in the cross-hairs of the family court system and are removed from one parent’s life, often at the hands of the other parent, by means of alienation — abduction – many times both.

Where the court ultimately sides with targeted parents, they still often face a bureaucratic and time consuming mountain to have the parental rights that were taken from them enforced — after what usually amounts to having been a long and arduous campaign that takes a toll on them financially, emotionally and physically.

In examining the experiences of many parents who have faced such circumstances the picture emerges of a system that is severely dysfunctional and in many cases seemingly incompetent.

Jodi Mueller, a mother of four children shares her situation as she describes how it unfolded and the heartache of watching her kids become alienated and separated from her life,

“He left in March, 2000. We had been married for 6 years at that time and had a 4 yr old daughter and 2 year old son plus twin daughters that were 5 weeks old. I was given primary custody of all four children in the hearing in April, 2000. I never kept the children from him. I was the parent that tried my best to co-parent. I put his name on Christmas and birthday gifts when he would forget or just not bother sending them. I always wanted them to believe they were all loved equally. My ex would pick up the kids on occasion, and we would agree as to how long he would have them…if he was to have them 2 days he would make sure not to bring them for 3. If it was for 2 weeks, it would end up being 6 weeks with constant ignoring of my calls and pleas to bring our children home. In 2012, my ex went to jail for taking the children — I begged the judge NOT to put him in jail and stated how he would retaliate. I informed the judge at the hearing that my ex would take the children within 6 months of his jail sentence. He waited 8 months and took the 2 older children from their school without my knowledge. The twins and I could take no more rejection and moved in June , 2014. The ex started using my oldest child to manipulate the twins by November of that year. On March 19, 2015, I came home to an empty house — the twins had left a runaway letter and the PTA lady from their school had assisted them to the airport (the father is an airline pilot).”

“Eric talks with Jodi Mueller, mother of 4 children that have been abducted and manipulated by their father using parental alienation tactics or hostile aggressive parenting behaviors.”

“Fast forward to today…I feel as though the entire world is not listening and as if I am in an alternate universe. Losing kids that I have given birth to and yet NOT having my rights terminated — but feeling like they have been. These kids CANNOT initiate contact as kids going through emotional abuse fear the alienator and don’t want to be in the middle. I feel hopelessness, helplessness, empty, without purpose anymore and unsure of who I am without my kids and not remembering what I was like as a person prior to being a mother. I make phone calls and write letters constantly to legislators, federal agencies, the President of the U.S., Secretary of State, US DOJ, the States DOJ and media all over the nation and it seems to get me nowhere.” —JODI MUELLER

Parental abductions many times transpire by means of one parent snatching and relocating with a child — often aided by their ability to manipulate the court system and exploit laws to put up hurdles and jurisdictional firewalls that prevent fit and able parents from having access. Such ordeals are clearly illustrated in cases where a parent relocates beyond the borders of the United States.

David Shubert has spent years enduring an ordeal that saw his daughter and step-son taken from him and relocated to Australia. He describes his experience and efforts to reunite with his kids saying,

“When a child is abducted by one of the parents, whether domestically or internationally there will be many feelings and emotions that will hit them like a brick wall. This will include fear, terror, hopelessness and a hundred others all at once. There is certainly no advice or consoling words will help aid them. It is simply a process that we each go through. When my daughter and step-son were abducted and spirited out of the US to another country, I immediately contacted my local law enforcement to help prevent this from happening. The response that was given me was, ‘even if we could locate them at the airport, there is nothing that we can do to stop them because, she could simply say she was taking the children on vacation and that is her constitutional right to do so’. Later, I would find out this was not true. They could have prevented her from taking the children without my consent because, we were still married and I did possess 50% parental rights over the care and custody of the children. It is because of their lack of training/education in these types of situations that they were not aware of specific protocols in handling this type of domestic issue. I was able to learn that I did in fact have rights in seeking their return through the Hague Convention courts. With the assistance of the National Center for Missing and Exploited Children (NCMEC) and predominately the US Dept. of State/Office of Children’s Issues, I was able to file for a return order. They were very instrumental during this process and maintained constant contact with me throughout everything. Once the application was in place, the Australian Central Authority provided me with free legal assistance and represented me in handling all court appearances. Unfortunately, it took thirteen months to get a ruling for return. Afterwards, the mother filed an appeal and that took another four months to complete. Once they returned to the US, a hearing was scheduled in the Arapahoe County District Court to determine the allocation of parental responsibilities. The judge in my case held a total of three separate hearings on the matter. The first one was to make sure that we were present and would be able to move forward with the case. The second one was to present testimony and evidence. I presented a total of twenty-two key pieces of evidence against my former wife which included, evidence of the abduction, emails threatening to cut me off communication from the children unless I paid her $7,000 and bought her a new car, a report from the Australian Central Authority stating the mother made the threat to kill herself and both of the children if made to return to the US. The only things presented against me was a report that stated I had illegally removed a fish from Colorado waters. This fine was dropped when I was able to prove that I had obtained my fishing license as a Colorado resident previously. In the end, the judge ruled in the mother’s favor based primarily on the fact that the children had been gone for the previous two years — I have not been able to have any contact with my children since they left in 2009. In the end, the assistance that I did receive from NCMEC and the office of Children’s Issues was (in my case) handled very competently and expediently — it was the Family Courts, however, that aided and abetted in the process of alienating me from my children as a repercussion from their ruling in June 2009. The court chose to ignore evidence that should have allowed my children to remain with me.”

In ordeals of custody and divorce, an area exists where numbers and statistics become harder to tabulate but compound on a daily basis — as parents spend years on a perpetual merry-go-round in family courts and contending with agencies that often rob them of time — money — and a sense of purpose as mothers and fathers.

The flagrant injustices and nightmares playing out for fit parents by means of manipulated laws, layers of bureaucracy and court systems covering for errors, mistakes — and to meet quotas for incentivized demands — wreak havoc on so many child-parent relationships in obstructing the physical and emotional bonds between them.

As more awareness, active engagement and attention focuses on matters of exposing the alienation, gatekeeping and overall dysfunction in these ordeals, the better — it may be the only way to bring about the sweeping changes needed in a system that is beyond broken.