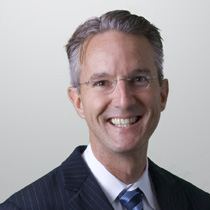 TALLAHASSEE – A partner at Holland & Knight who entered law school at the age of 32 after a decade in retail management was recently recognized for his pro bono work in international child abduction cases.

Brett Barfield was among 21 lawyers who received The Florida Bar President’s Pro Bono Service Awards Jan. 19 during ceremonies at the Florida Supreme Court.

“It was a wonderful surprise and truly gratifying to know that the work we do for those who cannot afford a lawyer is appreciated and encouraged,” Barfield recently told the Florida Record.

Law is a second career for Barfield, who worked in retail management before deciding to enroll at St. Thomas University School of Law.

“I attended law school thinking I would go back into business,” Barfield said. “But after just a couple of weeks…I was convinced I wanted to actually practice law as a litigator. I love the procedure, I love the written and oral advocacy, and I love helping people.”

As pro bono coordinator for Holland & Knight’s Miami office, Barfield matches more than 100 lawyers with pro bono cases. In 2011 he litigated his first case under the Hague Convention on international child abduction by a parent.

“I quickly became addicted and have now litigated many, many parental child abduction cases in Florida and across the country,” Barfield said.

The majority of his 380 hours of pro bono work last year were devoted to litigating three Hague Convention cases. Barfield won the first case, Gomez v. Salvi, at trial in Miami and on appeal to the 11th Circuit Court. The case dealt with a father’s illegal abduction of his 4-year-old daughter from Venezuela to Florida out of fear that the child’s mother would follow through with death threats. The girl’s mother filed a complaint seeking to have her daughter returned to Venezuela.

A summary of the case, provided in the appellate court’s opinion, tells of a contentious custody battle in Venezuela during which the plaintiff (Gomez) made threats to her daughter’s father (Salvi) and his family. The threats escalated to actual violence, including the shooting of Salvi’s girlfriend mere minutes after Salvi and his daughter exited the car she was driving. Other threatening behavior included vandalizing the car belonging to Salvi’s mother and on two occasions, planting drugs in her car.

The intention of the Hague Convention, according to its website, is to “protect children from the harmful effects of abduction and retention across international boundaries by providing a procedure to bring about their prompt return.” It also establishes very narrow parameters for exceptions.

The appellate court felt this was one of those rare cases, writing, “Although a pattern of threats and violence was not directed specifically at (the child), serious threats and violence directed against a child’s parent can, and in this case did, nevertheless pose a grave risk of harm to the child.”

His second Hague Convention case last year “pertained to reuniting a Canadian mother with her three children who the father wrongfully retained in Fort Myers after the mother sent them for a summer vacation with him,” Barfield said. That case is on appeal. 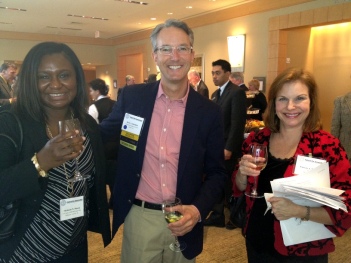 In his third case, Barfield represented the mother of a 9-month-old son whose father abducted him after going to Guatemala under the pretense of attending his son’s baptism. The father avoided airports where he would have been stopped, taking his son across the Mexican border and into the U.S.

“After a trial before Judge Beth Bloom in Federal District Court in Miami, the child was ordered reunited with his mother,” Barfield said. The father appealed and the case is pending. “But mother and child are safely reunited in Guatemala today.”