A multiparty group of legislators is preparing to submit a bill to ensure that children can continue seeing both parents in the event of their divorce.

In Japan, divorce often means a child losing contact with one parent, the father in many cases, along with that parent’s relatives, because there is no joint custody under the law. Whether or not to allow the parent who does not live with the child to see the child, and how often, is basically up to the parent who retains custody.

While the lawmakers’ move is a boon to civic groups such as The Parents and Children’s Network, consisting of parents and grandparents who cannot see their children and grandchildren after divorce of the children’s parents, the bill faces opposition from different civic groups—those helping women and children victimized by domestic violence. 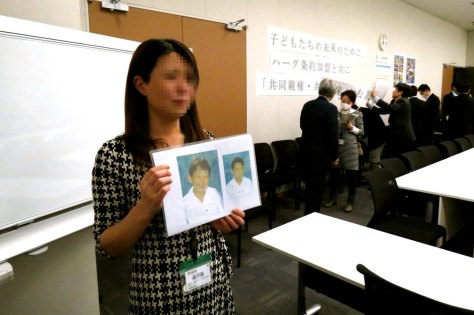 “If the bill makes it a prescribed course for children to see (the parent who does not have custody), it will hamper the recovery from damage caused to their bodies and minds, and risk their safety,” said Keiko Kondo, an executive member of one such group called Zenkoku Josei Shelter Net (nationwide network of shelters for women).

Even if children were not directly victimized by physical violence, they can suffer indirectly by seeing the violence one parent has used on the other, and hearing verbal abuse, Kondo said.

For children who took refuge at a shelter with one of their parents victimized by domestic violence, seeing the other parent often takes a toll on their mental and physical health, with some of them becoming self-injurious or suffering insomnia, she said.

The groups helping victims of domestic violence are also concerned that abusive parents, when seeing their children, might ask them the names of their daycare centers to find out where they live, and try to forcibly take them back.

The women’s groups have held rallies inside the National Diet Building to lobby against the bill, which would require divorcing parents to agree in writing on visitation and child support payment. 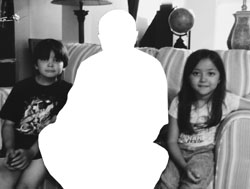 The prospective legislation would have spared a 41-year-old woman, who is a company board member, from being unable to see her daughter for three and a half years after her husband forcibly took the now 7-year-old girl and left the house with her in 2012.

She said she asked a family court immediately to grant her visitation rights, but her husband prolonged the court procedures by saying he was too busy.

The woman can now see her daughter periodically, but said, “I feel sad that I could not see my daughter grow during those years when court hearings were prolonged.”

The prospective legislation “should stipulate standards for visitations so children can promptly receive the love of both parents” after divorce, he said. Sasaki’s group has been campaigning for the realization of joint custody in Japan. 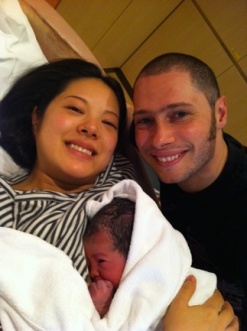 With divorce no longer a rarity in Japan, family courts have been handling an increasing number of disputes over custody and visitation.

The lawmakers said their bill will include a clause that says “special consideration” must be given if domestic violence has been confirmed, such as preventing the abusive parents from seeing their children.

Weeds, a civic group based in Funabashi, Chiba Prefecture, promotes visitation after divorce. Its leader Akira Haga said he hopes politicians make a decision on the issue by “giving top priority to how children will feel.”

The planned bill is tentatively called “a bill to prevent severance of ties between children and their parents.”