Call it a windowless room with a Vu.

Vu has endured a seismic shift in her life from globe-hopping deejay to Bureau of Prisons inmate 86359053, coping through prayer, exercise, and reading the Bible.

But her fellow inmates weren’t clued in about the birthday because the Vietnamese stunner just doesn’t think there’s anything to celebrate.

“I attended some birthday parties in here. …It was nicely celebrated from what possibly (could be) done with what we had in prison, but I still found it sad,” she told the Daily News’ John Marzulli, adding that she has partied “all over the world.”

“I get used to VIP tables, hanging out with beautiful models, drinking champagne from the bottle, dancing on the sofa. … So no prison birthday party, (it) will make me cry,” she said. 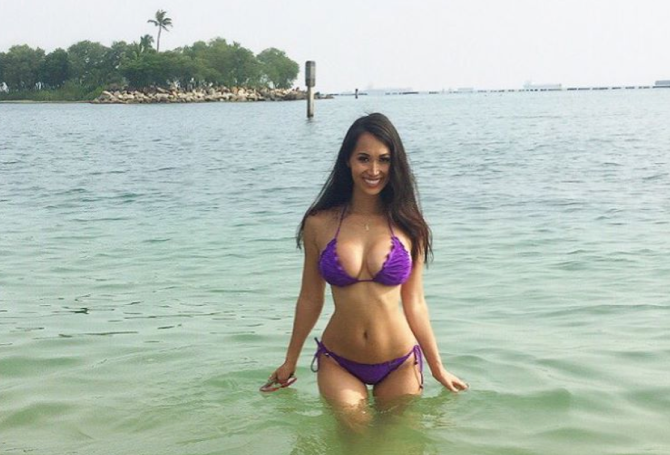 “I will just read books and do yoga today. I also play chess a lot these days,” according to Vu. “I became the chess champion in the unit.”

Vu is hoping that Federal Judge Frederic Block will grant a hearing on her petition which claims the family court in France improperly gave custody of her daughter to the biological father Richard Froger.

Vu was arrested last November at Kennedy Airport as she and her child were about to board a flight to China with one-way tickets.

Vu’s 9-year-old daughter Isabella is living with her father in Paris.

“There’s nothing to celebrate about when my only child is kidnapped by the father against all the laws and I got thrown in prison with the blame,” Vu said.

With any luck at all, someone will bring her a birthday cake with a file in it.