Colorado Springs police have issued an Amber Alert for a missing 7-year-old girl. 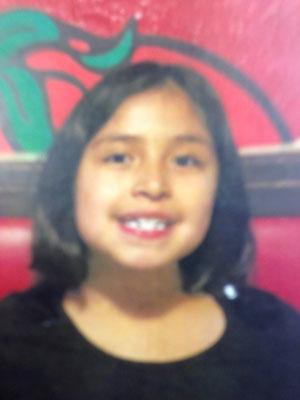 Sgt. Joel Kern, a spokesman for the Colorado Springs Police Department, said police are investigating the disappearance as a parental kidnapping.

The girl is America Arellano, reported missing at around 8:30 a.m. from Carver Elementary School. She was wearing a long purple dress with a giraffe on the front. The Amber Alert was issued just before 2:30 p.m.

According to a news release from the police department, America’s mom, Wendy Arellano, went into the girl’s elementary school, walked into her classroom and walked out with the girl.

Police believe they left the area on foot and then drove away in a metallic grey sedan with dark tinted windows.

The girl’s mother lost her parental rights in January, according to the Amber Alert. Wendy Arellano has a history of mental health issues, “and she is believed to be a danger to the welfare of the child,” the alert states.

Wendy Arellano, is described as a Hispanic woman standing 5 feet 2 inches tall, weighing 120 pounds, with black hair and brown eyes. She was last wearing a gray hoodie, over a pink shirt and light blue jeans.

Police believe the woman may try to take the girl across state lines.