AZUSA >> Police in Azusa arrested a Nebraska woman earlier this week and recovered her 4-year-old daughter, whom she had allegedly abducted from her home state, authorities said. 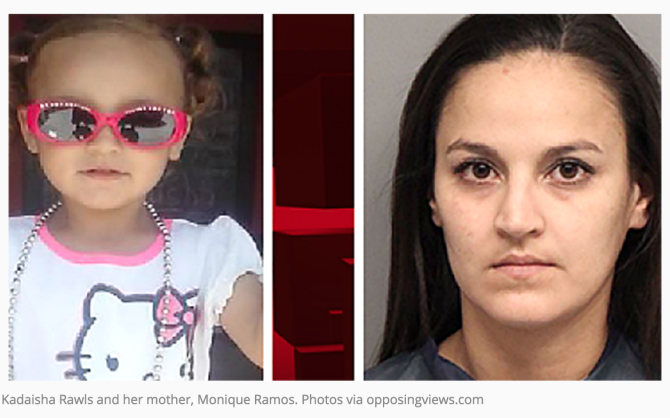 Monique Marie Ramos, 28, of Lincoln, Nebraska was arrested about 7 p.m. Thursday when detectives conducting a surveillance operation spotted her walking with the child in the area of San Gabriel Avenue and Second Street, according to Azusa police Sgt. John Madaloni and Los Angeles County booking records.

The department was notified by the Lincoln Police Department March 10 that Ramos has abducted her 4-year-old daughter and was believed to have traveled to Azusa, Azusa police Officer Mike Bires said in a written statement.

“Detectives from the Azusa Police Department immediately began working with the Lincoln PD in an attempt to locate the abducted child,” he said. “Azusa PD detectives were conducting a surveillance related to the investigation when they saw Ramos and the abducted child. They were contacted and detained without incident.”

The child appeared unharmed and well cared for, Bires said.

Police turned the girl over to the Los Angeles County Department of Children and Family Services to be reunited with her legal guardians, the officer said.

Ramos was being held without bail on Nebraska warrants at the Century Regional Detention Facility in Los Angeles, records show. She was scheduled to appear in Los Angeles Superior Court Monday.