A woman who allegedly planned to travel to Syria with her four children has refused to stand before a judge as she appeared in court charged with child abduction. 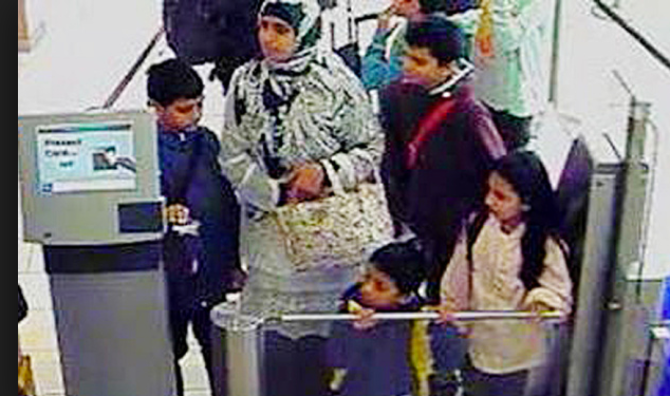 The woman, who cannot be named for legal reasons, was detained in Turkey on Tuesday after the family went missing from their home in north-east London last week.

She appeared at Camberwell Green Magistrates’ Court in London today, where she indicated she would plead not guilty and refused to stand in the dock before District Judge Susan Green.

The defendant told the judge: ‘I’m sorry, it’s part of my religion, so I would prefer to sit down.’

Judge Green responded: ‘I’m not going to argue. Get on with the case.’

The defendant’s father broke down in tears in the public gallery as his daughter was remanded in custody to appear at Southwark Crown Court on September 21.

The woman’s husband, two sisters and her cousin were also sitting in the public gallery.