Heartbreaking news for Kelly Rutherford. The Gossip Girl actress officially lost her bid to fight for full custody of her two young children in California on Thursday, July 23. 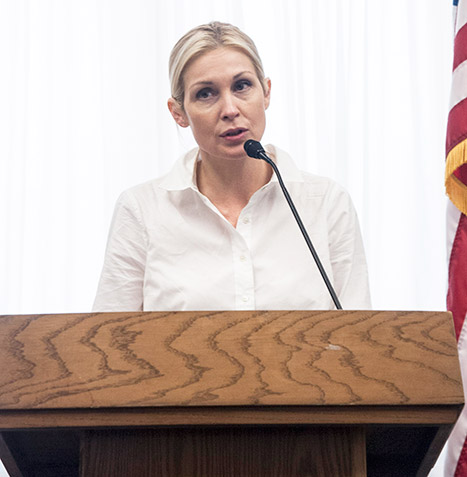 Rutherford’s attorney David J. Glass tells Us Weekly that a judge ruled that Rutherford no longer has the right to fight for custody of her son Hermes, 8, and daughter Helena, 6, in the state of California. A judge in Monaco, where Rutherford’s ex-husband Daniel Giersch lives, had given him full custody over their children.

“We are extremely disappointed with the Ruling,” Glass told Us. “Although the Court agreed with our analysis of the law, and in fact agreed with our position that citizens can have more than residence for jurisdictional purposes, the Court ultimately did not agree with us on the facts.”

Rutherford and Giersch, a German businessman, have been in an ugly custody battle over their two children for the last six years. (Rutherford filed for divorce in 2008, while she was pregnant with their daughter). Both children regularly reside with Giersch in Monaco, and it was decided in December 2013 that he no longer had to pay for his children to visit the States and their mother.

The news is bittersweet, as both Hermes and Helena are temporarily in NYC with Rutherford, 46, for the summer after the actress was granted temporary sole custody in May by a California judge.

“I know it’s not right. Parents know — everyone knows it’s not right,” Rutherford said on Good Morning America back in April. “I can sit here and tell you how often I cry. I can tell you how it feels to leave my kids in a foreign country and seeing them after not seeing them for weeks on end. Not being able to bring them from school and pick them up from school, dress them, hug them, smell them.”

The actress filed for bankruptcy in 2013, claiming $2 million in debt, including $1.5 million in legal fees and travel fees to see her children.

Her very public plight has gained widespread attention, including the support of some bold-faced names, including former costars Ed Westwick and Matthew Settle, and even Kim Kardashian. In May, the stars and tens and thousands of others signed a White House petition to bring Rutherford’s kids back to her.

“My children, not only were they taken away, but they were sent to a foreign country,” she continued in the GMA interview. “I don’t even know how you explain to someone what it feels like.”

ABP World Group™ – We can help you recover your abducted child