Dr. Amy Savoie is a licensed Tennessee attorney and a registered patent attorney with the USPTO. She holds a Ph.D. from Dartmouth and her pro bono and consulting practices are focused on parental child abduction and children’s human rights issues.

It is unusual for an international parental child abduction to be thwarted while in progress, but when it is, it is sure to be dramatic.

Recently, a United Airlines flight bound for China returned to Washington Dulles – five hours after take off – when officials learned that a mother was attempting to remove her son from the United States to Beijing in violation of a court order.1 Two months later, a 7 year-old boy was rescued from an airplane bound for Denmark when the boy’s father, in the midst of a divorce battle with the boy’s mother, allegedly attempted to take the child out of the country without the mother’s permission.2 Cases like these do not usually end quite so happily – the plan to abduct a child is typically not discovered until after the abductor has already succeeded with the plot. 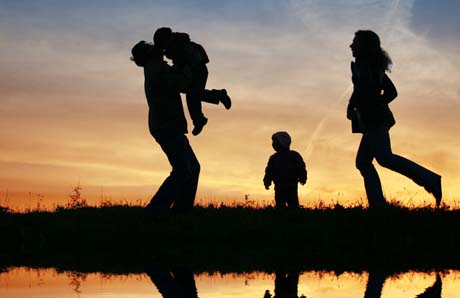 Frequently mislabeled by the popular press as “custody battles,” these are parental abductions, a felony crime, and they are more damaging, and more costly, than you may realize: Parental Abductions are Not Custody Battles

Generally, custody battles involve some legal sparring over which parent is to “win” primary custody of the child, usually with both parents being guaranteed visitation rights of some kind, regardless of the actual custodial determination. By contrast, parental abductions occur when one parent, without regard to the other parent’s rights to their son or daughter, absconds with the child. Dissatisfied with a court’s determination as to custody or visitation, parental abductors violate standing court orders and take matters into their own hands, often stealing the child to a destination where family members and/or a native country’s government will support them.

International parental abduction is a federal felony offense under the International Parental Kidnapping Crime Act (IPKCA), but a would-be parental kidnapper is not always deterred by the possibility of being considered a fugitive felon, especially when it is believed that his or her home country’s government will protect the kidnapper from extradition and/or from having to return the child.

For parents of these kidnapped children, the uphill battle they wage for their child’s return is beyond the comprehension of anyone except for those who have actually experienced it. It is a legal and logistical nightmare that takes a staggering financial, emotional, psychological and even physical toll on the parents, grandparents, and other family members left behind.

Testifying in front of the California State Judiciary Committee, an emotional Jeffery Morehouse explained how his life has been “shattered” by his ex-wife’s abduction of their son, and how he has not seen his little boy since Father’s Day in 2010.3 “I received a phone call…it was the police. They informed me that my son and my ex-wife had been reported missing. But I knew immediately what had happened, and she had succeeded in doing what she had threatened to do.” His ex-wife had abducted their son to Japan.

Margaret McClain, another victim parent, says that during divorce proceedings, her Saudi Arabian husband had repeatedly threatened to kidnap the couple’s daughter, Heidi. “[T]he judge did not believe me and said he needed proof. On one of my daughter’s visitations with her father in August 1997, when she was 5 years old, he did kidnap her and she has been in Saudi Arabia ever since.”4

Jeffery Morehouse’s situation is made all that more difficult because the Japanese government does not typically recognize a father’s rights to his child following a divorce – that is, the government does not recognize the parental rights of its own Japanese citizen-fathers following a divorce, never mind a foreigner’s rights.5 Margaret McClain, on the other hand, says she is a victim of Saudi Arabia’s cultural preference that fathers should control custody. Therefore, even if their respective abduction cases were to be heard in a court within the alleged abductors’ homeland, they would risk facing an imbedded cultural disadvantage – Japanese court decisions evidence a clear bias for children to remain with their mothers, whereas Saudi Arabian courts reportedly prefer for children to be with their fathers. 6

Attorneys representing clients who are ending mixed-cultural or dual-national marriages need to be aware of the risk factors for a parental abduction, particularly if a client has concerns that his or her spouse is “vengeful, unstable, emotionally immature, abusive” or dependent on drugs or alcohol.7 Risk factors include:

Bill Eddy is an attorney and clinical social worker and reports that most of his parental kidnapping cases involve parents “with narcissistic or antisocial personalities, or both, who decided they were above the law.” 15

You may be thinking: A parentally abducted child is with a parent, after all. Can such a “family abduction” really be so harmful? Yes, it most certainly is.

Abducted children are whisked away from a loving parent, a hometown, their school, extracurricular activities, and their friends – all without warning. Abductors may make up lies in order to quiet the child’s pleas to be returned home, and to suppress the child’s strong feelings for the left-behind parent. Explaining this crime from the children’s perspective, Dr. Dorothy Huntington says that the children “become ‘emotional dishrags’ because the perpetrator tells the child that the parent victim doesn’t want them anymore, doesn’t love them anymore, that the parent victim is dead, or may be getting married and doesn’t want them around.”18

In the American Journal of Forensic Psychology, Dr. Deidre Rand explains that “[a]n abducting parent views the child’s needs as secondary to the parental agenda, which is to provoke, agitate, control, attack or psychologically torture the other parent…[P]ost-divorce parental abduction is considered a serious form of child abuse [whereby] the child becomes psychologically depleted” and emotionally crippled.19

In her report to the United Nations Committee on the Rights of the Child, psychologist Dr. Nancy Faulkner also refers to parental abduction as child abuse, and adds that parental abduction causes long-term problems such as attachment disorders, stress and anxiety disorders, post-traumatic stress disorder, and parental alienation.20 The Office of Juvenile Justice and Delinquency Prevention further reports that parentally abducted children suffer from “uncontrollable” crying, nightmares, anger, resentment, guilt, fear, loss of bladder and/or bowel control, withdrawal, and an inability to trust others.21

So while an abductor’s goal may be to “triumph” over an ex-spouse, the children in these cases are severely and collaterally damaged. “The child merely becomes a stolen prize and part of a selfish punitive act.”22

That parental abduction is a form of child abuse is echoed by Patricia Hoff of the American Bar Association Center on Children and the Law,23 and the loss endured by the victim parent is obvious. Left-behind mothers and fathers suffer from profound trauma and ongoing grief “caused by the irreparable severance of the parent-child bond.”24 The tragedy of losing a child this way is made even worse by the staggering financial devastation caused by a protracted international legal battle – indeed, a battle without any guarantees that the child will actually be returned or that any visitation with the child will actually be granted.

What You Don’t Know About Parental Abduction – But Should: Part II (next month’s issue) explores the Hague Treaty on the Civil Aspects of International Child Abduction, as well as protective measures attorneys can implement to prevent this tragedy from happening to their clients.