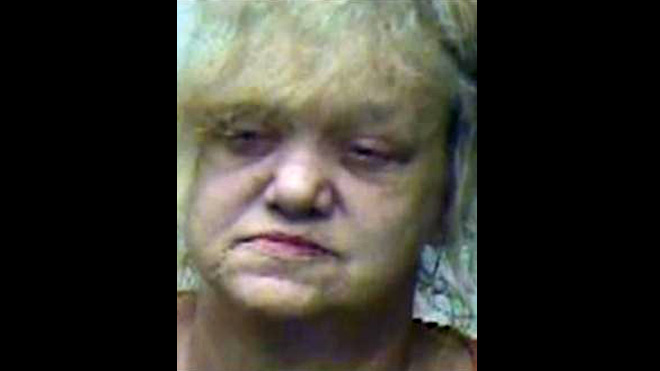 Sandy Hatte, 60, was arrested in connection with the abduction. (LIVINGSTON COUNTY SHERIFF’S OFFICE)

A boy abducted as an infant in Florida nearly 13 years ago has been reunited with his father, after a local school official grew suspicious about the boy’s school enrollment.

According to WDAF-TV, the school official contacted the sheriff’s office in Missouri’s Livingston County, where the boy was enrolled in school, and an investigation was conducted into the boy’s background.

The probe led to the arrest last week of the boy’s grandmother, Sandy Hatte, 60, who is being held on $25,000 bond, the station reports.

“It was a good reunion.”

Sheriff’s detectives reportedly were able to locate the kidnapped boy’s biological father, who lives in Alabama. The detectives were able to uncover additional information about the boy that supported the allegation that the boy was abducted in 2000 when he was just an infant.

“The dad was working, come home from work and she was gone with the baby,” Detective Eric Menconi told WDAF-TV, Fox 4. “And he hasn’t been able to find them since.”

Hatte was homeless, but moved into the home of gentleman in Chillicothe, Mo., who offered the two a place to stay. The man said he had no idea Hatte was on the run until police showed up at his house, according to the station.

Hatte was taken into custody while officers went to the school to pick up the boy. Menconi said the boy was confused at first, but seems to be adapting well after being reunited with his father.

“It was a good reunion,” Menconi said. “You could tell within the first three minutes they hit it off pretty well. Since then I’ve been on the phone with the dad and from what I’m understanding it’s going very well. He’s adjusting.”