‘Al-Qaeda have got me’: Trapped oil worker’s desperate phone call to family from Algerian gas siege where ’35 hostages were killed’

An oil worker held hostage at an Algerian gas plant made a desperate ‘last phone call’ to tell his family he had been captured by al-Qaeda hours before a botched rescue attempt killed up to 35 foreigners.

Stephen McFaul, who later escaped, barricaded himself into a room with dozens of others as armed militants stormed their compound in the remote African desert.

Islamic extremists launched an attack on BP’s Saharan oil field in revenge for France’s crackdown on rebels in neighbouring Mali. Britain is providing support and so became a target.

As the terrorists closed in, the 36-year-old father made what he feared may be his final call his family to say ‘al-Qaeda have got me’, his brother revealed today.

Mr McFaul’s family today revealed that he managed to escape alive, but up to 35 others are feared dead after Algerian forces launched air strikes overhead in a bid to rescue the trapped workers.

The assault on the was made without warning Western allies including David Cameron.

Fighting back tears, Mr McFaul’s brother, Brian, said of his sibling’s frantic phone call: ‘They locked themselves in a room for safety.

‘At that stage they heard gunfire. They kept talking and he gave me a text, but then we lost contact.

‘Than at 9am that morning he phoned saying al-Qaeda have got me’.

Mr McFaul’s family have told of their joy after receiving a phone call from him at 3pm today saying he was alive and well.

His 13-year-old son, Dylan, told the BBC: ‘I can’t explain the excitement. I can’t wait until he gets home. I’m going to make sure he never goes back there.’

His father, Christopher, added: ‘The last 48 hours have been hell, but as a family we have been very strong.’ 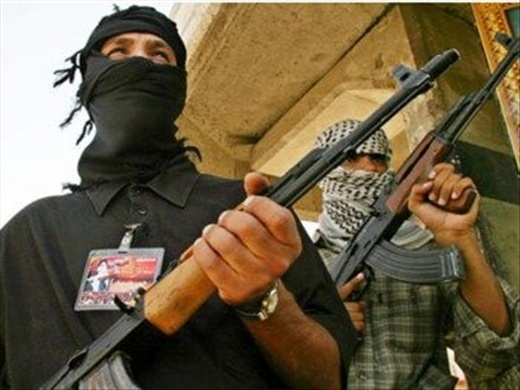