A six-year-old girl, who was abducted by her father and taken to Pakistan three years ago, is expected to reunite with her mother today the Daily Mail reported.

Atiya Anjum-Wilkinson, who went missing in 2009 after she went to stay with her father, Razwan Ali Anjum, is expected to reach Manchester Airport around 5pm today to meet her mother. 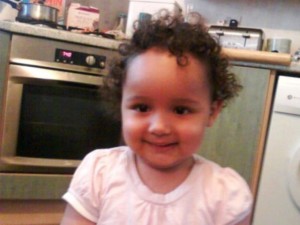 He took her to Lahore and told her mother that she would never see her daughter again.

Gemma Wilkinson, her mother, has been distraught ever since.

‘I pray she’s okay but we don’t have any proof that she’s okay and no proof she is even still alive,’ Gemma had said. ‘It’s been discussed that she could have been sold, but I don’t want to believe it. As far as I’m aware she hasn’t been with any family member so I can only assume she’s with strangers.’

‘To know that she’s safe, to know that she’s being looked after, to know where she is. A child doesn’t disappear, doesn’t evaporate. A child is put somewhere and people know – and that information needs to be talked about,’ added the mother.

Atiya was reportedly taken into protective custody after she was found in Pakistan this week and her father is in prison in the UK for not revealing her whereabouts.

Gemma separated from Anjum in 2008 due to his possessive and controlling nature, after which he vowed revenge and on her birthday, took her away saying he was taking her to Southport.

He claimed that she was with relatives there and returned to the UK without her, after which he said a man called ‘Khan’ had taken her to Iran. Atiya, however, was traced after police published a computer generated image of how she would look three years from when she was abducted.

Our 24/7 Emergency Phone will be open during Christmas.