Authorities are trying to recover two young Fairfax County children who were allegedly kidnapped by their father and taken to Tunisia.

Three-year-old Zainab Chebbi and 6-year-old Eslam Chebbi have been missing since Nov. 11, when prosecutors say their father, 39-year-old Faical Chebbi, flew with them to Tunisia.

Faical Chebbi called the children’s mother — his ex-wife — the next day and told her that he and the children would not be returning, according to court records. Chebbi was charged in federal court in Alexandria with international parental kidnapping. 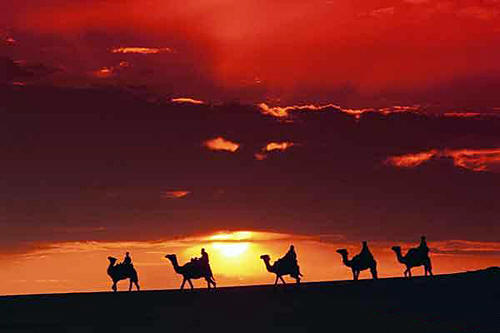 Chebbi and Edeanna Johnson-Chebbi divorced in January, nearly a year after she obtained a protective order because he threatened to kill her, according to court documents. Johnson-Chebbi had sole custody of Zainab and Eslam; Chebbi absconded with the children after picking them up from their grandparents’ house in Prince George’s County for a scheduled visit, according to the court documents.

“At first, I was sort of in an action mode,” said Johnson-Chebbi, who created a Facebook page and online petitions about the case.

“What else are you going to do?” she told The Washington Examinerin December. “I won’t allow myself to imagine that this will pass. They will be home. I just don’t know how or when.”

But Johnson-Chebbi faces an uphill battle. There are no treaties or agreements between the United States and Tunisia regarding parental abduction cases.

Anyone with information on the case can contact the National Center for Missing and Exploited Children at 800-THE-LOST (843-5678).