A mother accused of international parental kidnapping has lost her fight against extradition to America.

The High Court ruled Eileen Clark, who moved to Britain with her three children in 1998, should be returned to the US.

The kidnapping allegations, made more than 12 years ago, were brought against Mrs Clark by her ex-husband John Clark.

The US citizen was arrested at her home in Oxfordshire in July 2010, following a US government request for her return.

They also criticised US authorities for not seeking her return earlier, as she had been living “openly” in the UK since December 1998 and had put down “deep roots”. 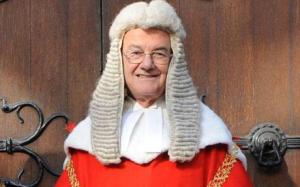 Mr Justice Underhill said: “We accept there will be hardship for the appellant if she is returned to the US to stand trial, but we do not believe that hardship can properly be characterised as oppressive.”

Mrs Clark had left her husband in February 1995, taking their children with her.

In June 1995, state prosecutors had charged her with “custodial interference” after she travelled from the family’s New Mexico home to stay with a friend in California.

Both parents retained legal custody of the children after divorcing in 1997.

A US grand jury eventually indicted her with the kidnapping charge after Mrs Clark moved to Britain with the children, who are also US citizens.

In March last year, Westminster Magistrates’ Court ruled that extradition could go ahead.