International child abduction is a thorny issue, particularly where a child is abducted by a parent to a country that is not a signatory to the Hague Convention. 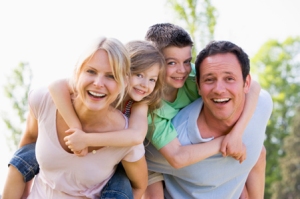 Family practitioners tend to see it from two angles – attempted prevention through the seeking of orders in the family court, and where children are abducted to the UK and the English courts are dealing with an application from the left behind parent. Occasionally we deal with the aftermath, the damage and the mistrust where children are returned and relationships rebuilt. These are difficult cases.

Of course in between those two aspects there are many more cases where a parent manages to abduct a child abroad, often in breach of precautionary orders. And in many of those cases the children are unable to be traced or recovered for many years if at all.

The Court of Appeal has just handed down a significant judgment in the twin appeals of R v Kayani and R v Solliman. There is an instructive media summary to accompany the full judgment.

The judgment arises from the appeal against sentence of two fathers who had each abducted their children abroad for very many years, in effect permanently depriving both mothers and children of any ongoing relationship with each other. In both cases the abduction was in notwithstanding orders / ongoing family proceedings. 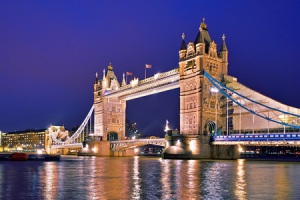 A Court of Appeal comprising of Former Family Division judge Macfarlane LJ, the Lord Chief Justice and Royce J takes the opportunity to analyse the law in respect of such cases of parental abduction, and will be useful for anyone unclear of the framework for punishment or deterence of such acts. It is threefold: contempt of court via the family court where orders are breached, prosecution under the Child Abduction Act 1985 or as the common law offence of kidnap.

The Court departs from previous authority that as a matter of policy a charge of kidnap should not be used in parental abduction cases, but accepts the significant evidential difficulties associated with proving the very specific elements of that offence in relation to a child. The Court’s view is that this is a matter that the Law Commission may want to review, since kidnap offers a sufficiently lengthy maximum sentence (life) but is usually impractical, whilst Child Abduction pursuant to The Act carries a potentially inadequate maximum sentence of 7 years. In addition, the court notes, there are some powers arising under the Forced Marriage Protection Act, although the maximum sentence is only a “utterly inadequate” 2 years. The Court recommends an increase in the maximum sentence for child abduction beyond 7 years.

The judgment speaks in the most clear terms about the gravity of offences of international child abduction by one parent. It dismisses any suggestion that article 8 arguments or the fact that the children are alienated from the parent left behind and therefore can only be cared for by the offending parent should mitigate against a custodial sentence.

Notably in the Solliman case the judge dealing with related family proceedings made the following remarks, subsequently relied upon as grounds of appeal:

“You may relay to the Court of Appeal Criminal Division that, whilst I understand that the sentencing judge may have felt – given reasons of policy and deterrence – it necessary to impose immediate imprisonment, and acknowledging that child abduction is a very serious offence, given the complete alienation of the children from their mother – not only the responsibility of the defendant father in complex circumstances but also to an extent that of the plaintiff mother – the only competent parent, is the defendant father, who is in every respect a good father. The impact of such a sentence … appears not to be child centred. The children have been victims twice – of being abducted but also of being deprived of their father’s care.” 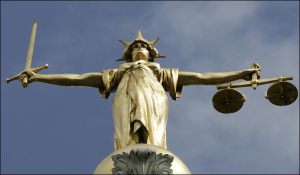 That such remarks were made in support of an appeal against sentence is highly unusual, and although the Court of Appeal make no direct criticism of the unnamed judge for interfering, they are firm in their rejection of it’s premise. The court said this:

“The abduction of children from a loving parent is an offence of unspeakable cruelty to the loving parent and to the child or children, whatever they may later think of the parent from whom they have been estranged as a result of the abduction. It is a cruel offence even if the criminal responsible for it is the other parent. Any reference in mitigation to the right to family life, whether at common law, or in accordance with Article 8 of the Convention, is misconceived. In effect the submission involves praying in aid and seeking to rely on the very principle which the defendant has deliberately violated, depriving the other parent of the joy of his or her children and depriving the children from contact with a loving parent with whom they no longer wish to communicate. There is a distinct consideration to which full weight must be given. It has long been recognised that the plight of children, particularly very young children, and the impact on them if the person best able to care for them (and in particular if that person is the only person able to do so) is a major feature for consideration in any sentencing decision.”

The judgment therefore does not suggest that the welfare of children being cared for by the offender is always irrelevant to sentence, but on the facts of these cases where the children were teenagers fast approaching independence the Fathers could not rely upon the very situation they had created through the commission of the offence to reduce the sentence. Neither sentence was reduced.

The judgment might be seen as the laying down of a territorial marker between branches of the judiciary, but it remains possible that in individual cases involving younger children and different facts the criminal courts will be assisted by a view from the family court concerning the welfare issues.

The judgment carries all the more force because the court included an experienced family judge.

NOTE: We are always available, also during The Christmas holidays. Christmas is the high season for parental abductions.